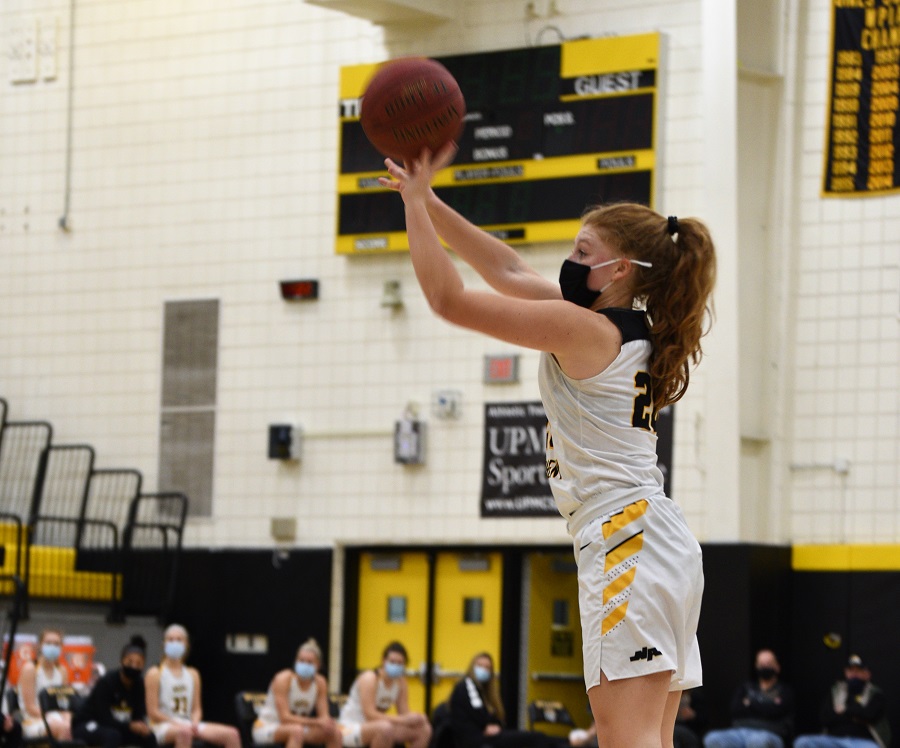 Part of the daylong MLK Basketball Showcase at North Allegheny, the Lady Tigers posted a 71-49 triumph over the Woodland Hills Wolverines on Saturday. It was the first meeting between the two teams since NA defeated the Wolverines, 68-36, on Dec. 5, 2008 at the Wright Automotive Tip-Off Tournament.

In a non-section matchup between two of the premier teams in Class 6A and Class 5A, respectively, top-ranked North Allegheny jumped out to a 13-0 lead in the first quarter and gained early control over third-ranked Woodland Hills. Senior Lizzy Groetsch and sophomore Jasmine Timmerson dictated the pace in the opening stanza as the Tigers led, 26-10, after one period. Groetsch scored nine of her game-high 26 points in the first quarter and Timmerson tallied six of her 15 points in the period as well. The entire NA defense set the tone by forcing numerous turnovers and converting them into easy transition buckets.

The Tigers continued to pour on the points in the second quarter on the strength of sharpshooting junior Emma Fischer. Fischer buried three 3-pointers in the period and finished with 15 points, earning Wright Automotive Player of the Game honors.

With help of Fischer, NA held a 46-28 advantage by intermission and invoked the mercy rule in the second half to complete a 71-49 triumph.

Woodland Hills’ star forward Peyton Pinkney was held in check by the NA defense and managed only seven points on the day. The Wolverines were paced by promising freshman forward Hope Hawkins, who netted a team-best 20 points. Junior Jasmyn Fisher added 10 points, all coming in the second half.

With the win, North Allegheny improves to 5-0 overall, while Woodland Hills drops to 2-2 on the season following the non-section contest. The undefeated Tigers return to action on Tuesday night with a Section 1-6A meeting with the winless North Hills Indians at 7:30 p.m. The game will be video streamed by the North Allegheny Sports Network.