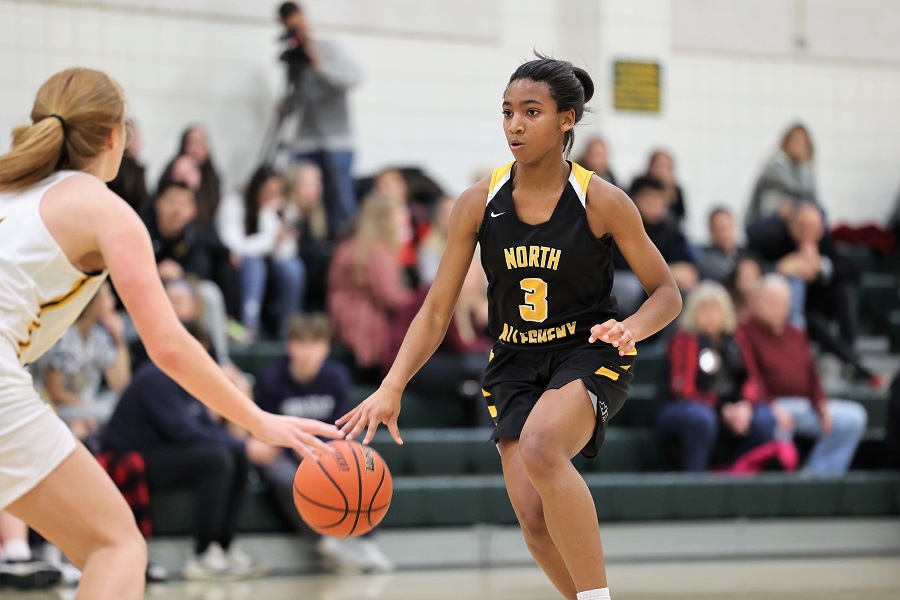 The North Allegheny girls’ basketball team won its 14th consecutive game on Monday night with a 51-27 road victory over Penn-Trafford in Section-6A action. The Tigers jumped out to a 33-10 lead by intermission and cruised in the second half. NA held the Warriors scoreless in the second quarter and invoked the mercy rule by the early stages of the fourth.

Junior Jasmine Timmerson led the charge for the Tigers with 18 points and three 3-pointers. Senior Emma Fischer poured in four 3-pointers in a 16-point effort, while sophomore forward Lydia Betz continued her early season surge with a 12-point night.

Penn-Trafford was led by Olivia Pepple with 12 points, most of which coming with the game well out of reach.

North Allegheny improves to 4-0 overall and 2-0 in Section 1-6A. Penn-Trafford remains winless at 0-4 on the season and 0-2 in the section. The Tigers return to action against Trinity on Tuesday, Dec. 28 at the Wright Automotive Holiday Tournament. The game will be broadcast live via the internet on the North Allegheny Sports Network.