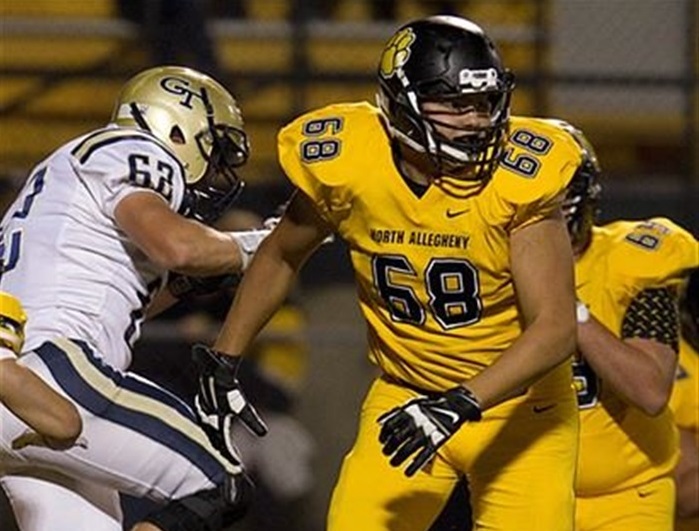 North Allegheny senior offensive lineman Derek Devine has been selected to play in the prestigious Big 33 Classic on June 16. This year will mark the 61st edition of the Big 33 Classic, an annual all-star game which features some of the top high school athletes from Pennsylvania and Maryland. The game will be held at Landis Field at Speed Ebersole Stadium.

On Tuesday, the Pennsylvania State Football Coaches Association released the list of players that will compose the roster for the Keystone State and Devine was one of them. Devine has anchored the left tackle position the last two seasons for the Tigers and was a Big 56 Conference first-team all-conference selection as a senior. Devine signed his letter of intent in December to play football with the Virginia Cavaliers in the Atlantic Coast Conference next season.