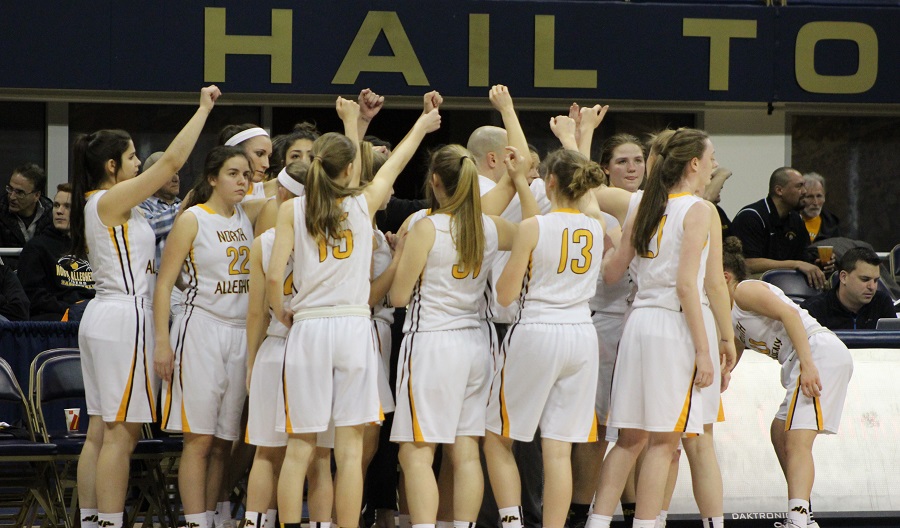 In a contest between two teams making their first ever PIAA title game appearance, it was the Boyertown Bears who won state gold with a 46-35 decision over the North Allegheny Tigers from the Giant Center in Hershey, Pennsylvania. Boyertown used a critical 20-4 run in the second half to claim its first state crown. Senior Abby Kapp, a Bucknell recruit, led Boyertown with 17 points and 13 rebounds.

North Allegheny had the better of the play in the early going and owned the lead for the vast majority of the half. The Tigers trailed briefly in the opening stanza, 5-4, before NA surged ahead courtesy of a 7-0 run. Junior Piper Morningstar helped spur on the Tigers offensively in the first half and finished with a team-high 10 points. For her efforts, Morningstar was named the Wright Automotive Player of the Game.

Along with Morningstar’s 4 of 7 shooting, senior Hailey Zeise chipped in with six points in the first half as NA held a 19-14 lead at intermission.  Zeise totaled a team-best 12 rebounds and five steals.

For Boyertown, Kapp paced the Bears with 10 points and 10 rebounds but elsewhere Boyertown couldn’t find complimentary scoring. That changed in the second half as the Bears turned the tide of the game courtesy of a 20-4 run to give Boyertown a 34-23 advantage with 6:00 remaining in the fourth quarter. Junior Victoria Boalton netted nine points in the second half, while seniors Katie Armstrong and Alli Marcus added five points apiece over the final 16 minutes.

Despite the 11-point deficit, the Tigers were determined to mount a comeback and went on an 11-4 run that was capped on a Rachel Martindale layup with 1:28 to play, trimming the Boyertown lead to 38-34. Martindale paced the comeback bid with eight second-half points. Junior Courtney Roman delivered a 3-pointerduring NA’s rally. Unfortunately for North Allegheny, Boyertown was able to connect on crucial late-game free throws to pull away for a 46-35 victory.