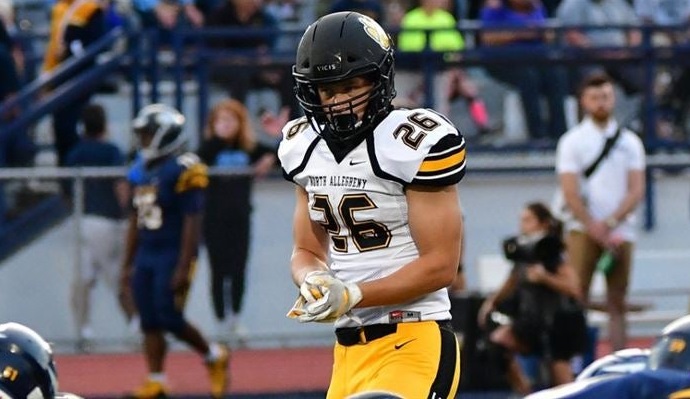 Last season as a junior, Hoke was a first-team all-conference selection in Class 6A by the Big 56 Conference. Hoke led North Allegheny’s in tackles with 62 stops on the season and posted a team-high eight sacks.

As a tight end on offense, Hoke hauled in six receptions for 50 yards and a touchdown. He provided additional muscle for a run-heavy North Allegheny offense that averaged 226 rushing yards per game.

At BYU, Hoke will continue a family tradition.  He will join his older brother, Cade, who was a first-team all-conference linebacker for the Tigers (Class of 2019). Hoke’s father, Chris, also played football at BYU in the late 1990’s before an 11-year NFL career with the Pittsburgh Steelers.