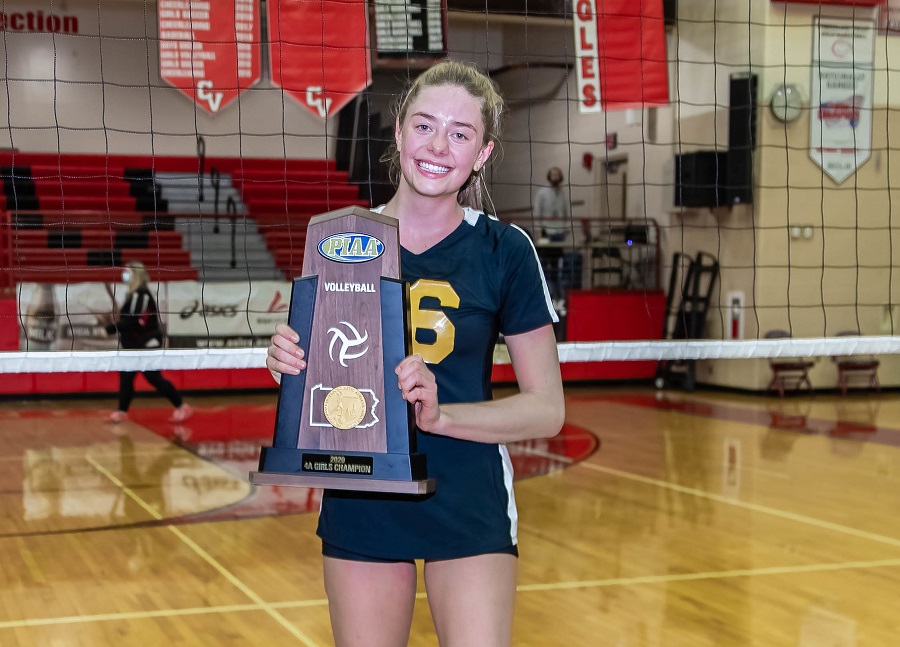 As a senior, Paige Morningstar led the Tigers to an 18-0 record this past fall and a fourth straight PIAA Class 4A title. The University of Louisville commit distributed 715 assists this season, while adding 97 digs, 91 kills, 41 blocks and 30 service aces. She is a three-time first-team all-state honoree and was named the Pittsburgh Post-Gazette Player of the Year. Over the last four seasons, the North Allegheny girls’ volleyball team has amassed a staggering record of 88-1 with Morningstar’s contributions playing a large role.

Also, a starting forward on the basketball team, Morningstar helped the Tigers achieve a 27-1 record in Class 6A and the program’s first ever state championship.

Morningstar now becomes a finalist for the Gatorade National Volleyball Player of the Year award to be announced in May. For the official press release on the Gatorade POY, click here.