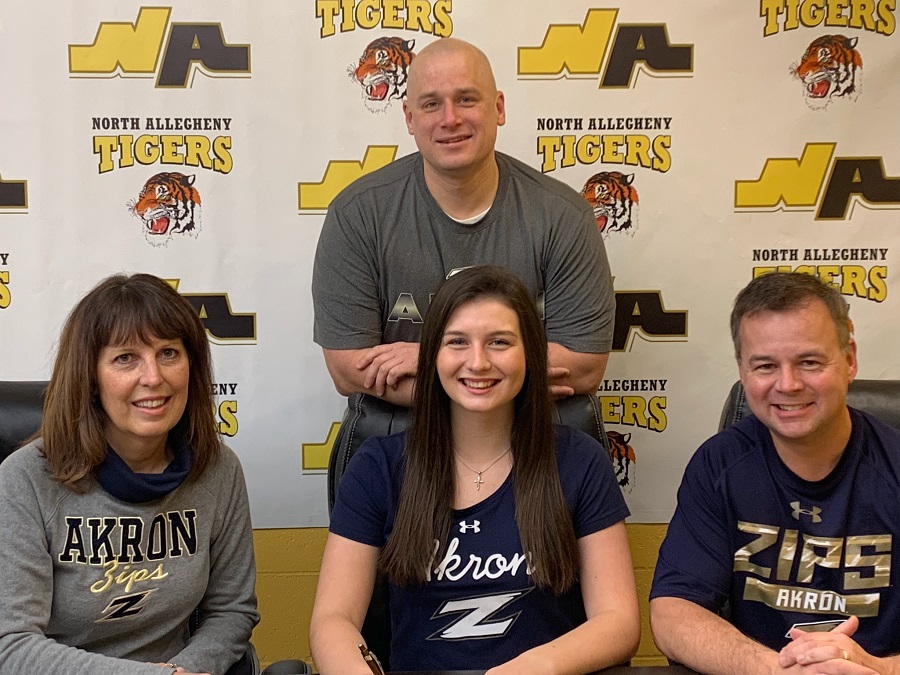 Rachel Martindale Signs On To Play College Basketball At Akron

North Allegheny senior basketball standout Rachel Martindale signed her letter of intent on Wednesday to play college basketball at the University of Akron in the MAC Conference.

A regular in the NA lineup since her freshman season, Martindale has helped the Tigers girls’ basketball team to back-to-back WPIAL titles in 2017 and 2018, and an appearance in the PIAA championship game two years ago. Martindale is a two-time all-state honoree, and two-time all-section honoree in the Big 56 Conference and scored her 1,000th career point in the WPIAL championship game last season.

Also included among a long list of accolades, Martindale was awarded the Armstrong Cable Female Athlete of the Year for 2017-2018 school year, was named to the Tribune Review All-Star team and the Pittsburgh Post-Gazette Fab Five last season.

Martindale plans to major in Business at Akron. She is pictured above with head coach Spencer Stefko (top) and parents Jackie (left) and Bruce Martindale (right).