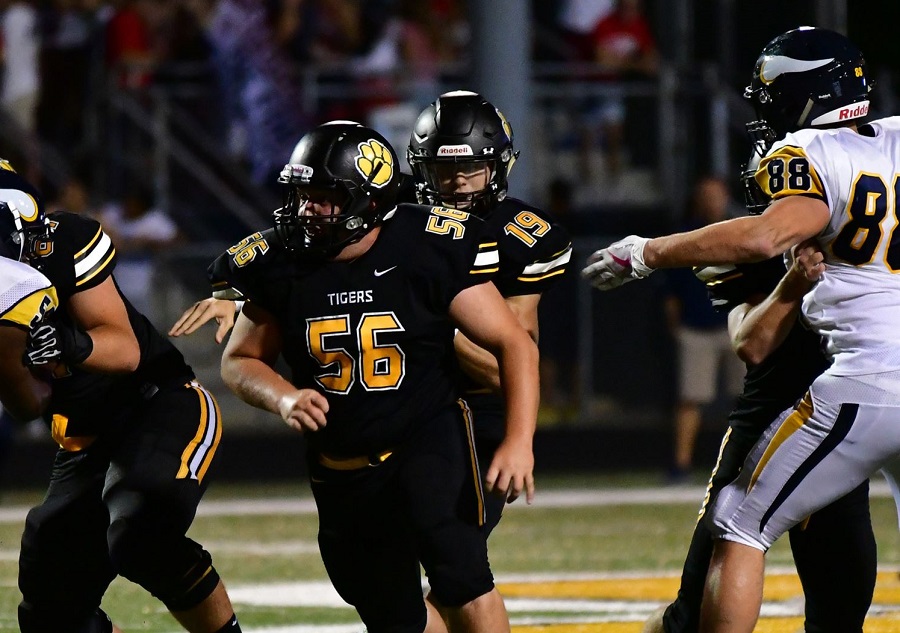 North Allegheny senior offensive lineman Gabe Diulus has announced a verbal commitment to Westminster College to continue his football and academic career. Diulus made the announcement via Twitter on Wednesday.

I’m extremely happy to announce that I will be continuing my academic and athletic career at Westminster College! A huge thank you to all of my coaches, teammates, and family who have helped me to get to this point! 🔵⚪️#TitanUp @CoachFuhrmWC @coachbenzel @CoachHogue58 pic.twitter.com/s8mM1a37yu

Diulus was part of an offensive line that helped produce 35 points per game and 226 rushing yards per game. At Westminster, Diulus will join a team that went 8-3 overall in 2019 and 6-3 in the Presidents’ Athletic Conference. The Titans culminated the season with a 35-24 win against SUNY Morrisville in the ECAC Clayton Chapman Bowl. Known for producing standout offensive lineman, Westminster most recently saw senior lineman Brady Hogue capture d3football.com All-American honors in 2019.

Congratulations to Diulus and good luck in his future endeavors.