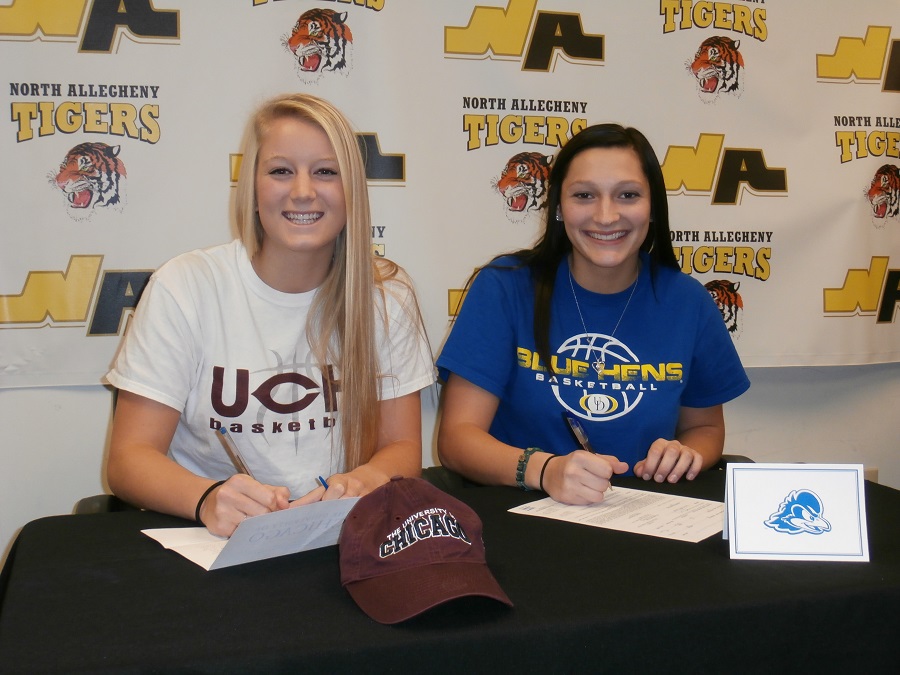 North Allegheny basketball players Taylor Lake and Abby Gonzales have signed National Letters of Intent to continue their academic and playing careers. Both players, who have been teammates for the past eight years, began seeing varsity playing time in their freshman season.  Lake as a forward/guard signed to play at the University of Chicago. Gonzales, a point guard, signed her letter of intent to play at the University of Delaware.

Lake plans to major in Economics. Taylor is the daughter of Jana and Christopher Lake.

At Delaware, Gonzales plans to major in Education. Abby is the daughter of Paulette and Andrew Gonzales.