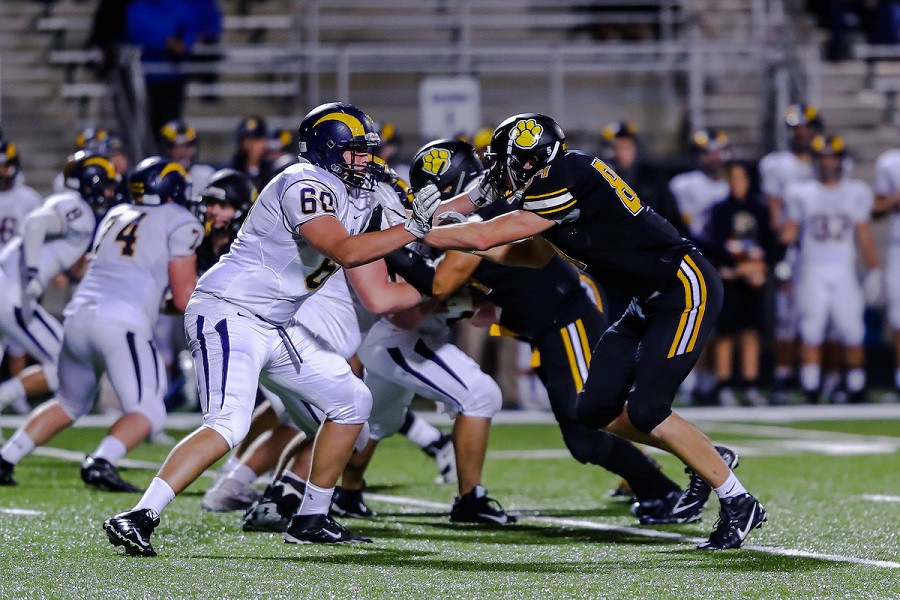 The North Allegheny Tigers (3-2) take to the road for the second straight week for a non-section clash with the high-powered Mt. Lebanon Blue Devils. The Tigers sit in third place in the Northern Seven Conference with a 2-1 conference mark following back-to-back blowouts of Shaler and Butler. Meanwhile, Mt. Lebanon is a perfect 3-0 in the Southeastern Conference and in first place, a half-game ahead of Bethel Park.

After a hard-fought game and defeat to Central Catholic in week two, the Tigers bounced back with two straight victories in conference play. Senior running back Turner White has led the charge with three consecutive 100-yard rushing performances and has churned up a team-high 507 yards on the season and six touchdowns. Junior tailback Ben Maenza has provided a terrific change-of-pace and also has six scores to go along with 202 yards on the year. Look for the Tigers to utilize the ground game, which includes quarterback Luke Trueman and his 307 rushing yards, to control the clock and keep the football away from Mt. Lebanon.

The Blue Devils possess a quick-strike offense that runs plays at a hurried pace and averages 35.8 points per game, second best in Class 6A. The top threat in the offense is senior receiver Aiden Cain who has already amassed over 1,000 yards on 56 receptions. Finally healthy, Cain is one of the top receivers statistically in the nation after battling through two ACL injuries over the last two years. His 27 catch, 350-yard performance against Pine-Richland in week one set a new state record in both statistical categories.

The facilitator in the Mt. Lebanon offense is senior quarterback James Stocker who appears fully recovered from a torn tendon in his knee suffered while playing pickup basketball in the offseason. Stocker has passed for 637 yards, six touchdowns and two interceptions on the year. His backup, Seth Morgan, saw the majority of the snaps in the early weeks of the season and has passed for 869 yards, eight touchdowns and only one interception. Both QB’s are viable options in the passing game no matter who is in the contest. Anchoring the tailback position is senior Antonio LaSota who has gained 421 yards and three touchdowns on 80 carries.

Defensively, Mt. Lebanon has permitted 22.2 points per game, sixth most in Class 6A. Safety Michael Palmer leads the Blue Devils in tackles with 31. Senior lineman Coleman Coco is tops in sacks with four. North Allegheny has allowed only 12.6 points per game, second best in the Northern Seven Conference and third stingiest overall in Class 6A. The Tigers leading tackler is junior Dante Caputo who has 38 stops and two sacks on the year.