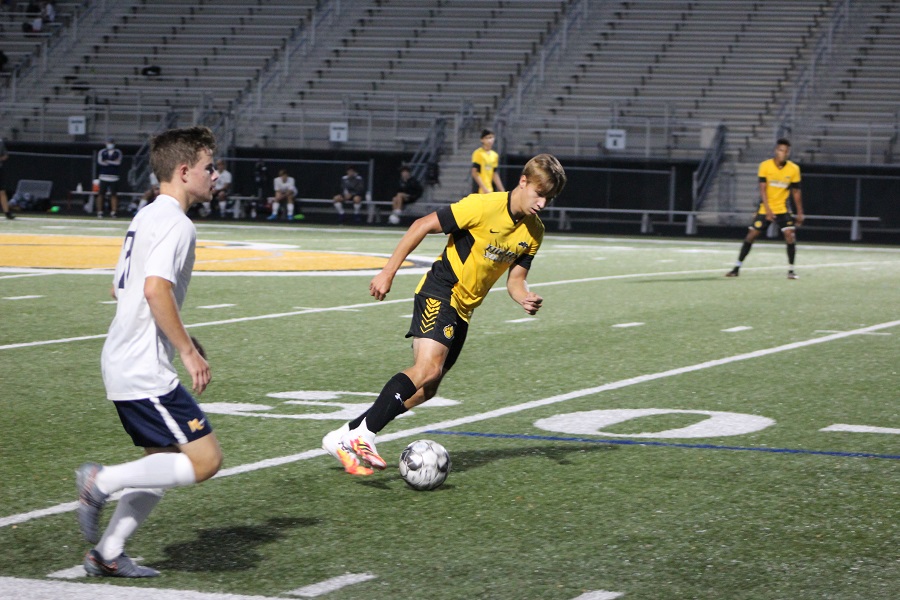 Tigers Fall to Seneca Valley in battle for first place

Coming into Monday night, the North Allegheny Tigers and Seneca Valley Raiders both had 7-1-1 section records which had them tied for first place. After a draw in their first meeting, it was the Raiders who came out with the win 2-1 at Newman Stadium.

North Allegheny got out of the gates fast and seven minutes in, Philip Iozzi found Evan Anderson in the box and Anderson finished for his team leading 11th goal of the year and gave the Tigers a 1-0 lead. Seneca Valley wasted no time getting the score level when Connor Schmidt tied the game 1-1 with 27:31 left in the half. Both defenses stood tall until with 6:19 left in the half North Allegheny fouled, and Beaux Lizewski scored on a free kick from 50 yards out and Seneca Valley took the 2-1 lead into the locker room.

The beginning of the second half belonged to Seneca Valley who had two great scoring chances in the first 10 minutes of the second half, both denied by senior keeper Regan Racicot who had a great second half to keep the Tigers in the game. North Allegheny’s offense continued to fight but couldn’t find the back of the net again and fell 2-1.

Anderson was named the Wright Automotive Player of the Game with the loan goal and multiple other scoring chances.