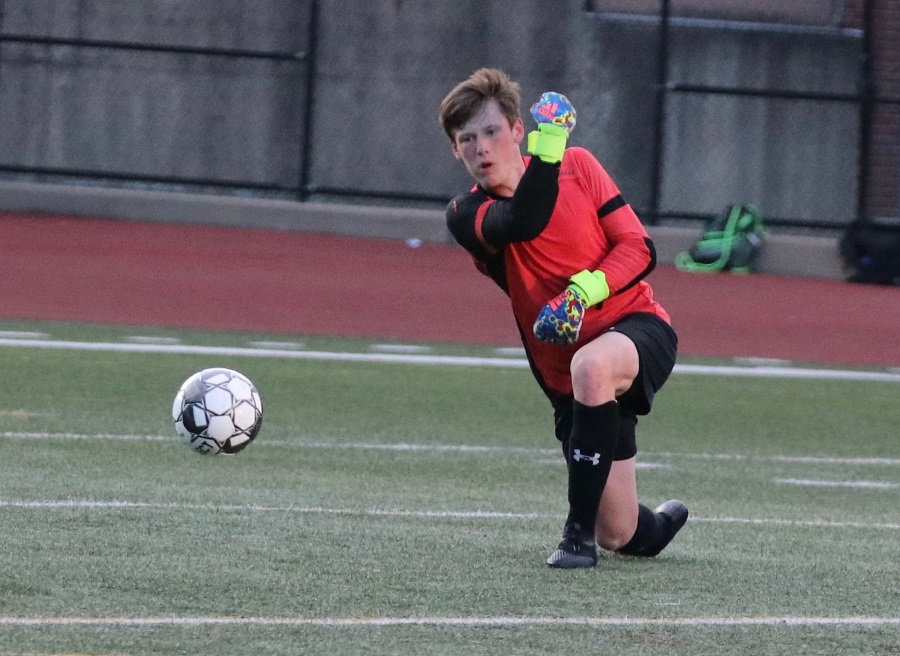 The North Allegheny Boys Soccer team took on section foe Central Catholic on Thursday night under the lights in Oakland.  The Tigers roared in with a vengeance from the start of the game and produced a dominant 6-0 victory.

Senior forward Sam Malida got the Tigers on the board early with a header goal off a perfectly struck corner kick from senior midfielder Sam Passodelis three minutes into the match.  Six minutes later Passodelis, on another well-placed corner kick, this time found senior midfielder Luke Anderson who volleyed a shot past the goalie for NA’s second mark.  And then another two minutes in, Passodelis continued his magic lofting another corner kick to the center of the goal area where senior defender Jason Roman delivered a flying header past the central goalie, giving the Tigers a 3-0 lead.  Two more goals were added by senior midfielder Matt Van Kirk and another from Maldia, putting the Tigers up 5-0 heading into halftime.

The second half began again with the field seemingly tilted toward the Vikings end, where the vast majority of the games play occurred.  Roughly midway through the second half the Tigers notched their sixth and final goal when a high bouncing pass was cleanly struck by Luke Anderson, notching his second goal of the game.  Junior midfielder Jacob Gardner displayed a nice combination of speed and strength generating two good scoring opportunities for the Tigers as the game winded down, however both shots sailed high above the crossbar.   The Tigers had the edge in shots on goal, 8-3 and on corner kicks 9-0.  Senior goalkeeper Jonathan Partridge earned his third clean sheet of the season with consistent support from the starting back line of seniors, Jonathan Ross and Roman, and juniors Max Kress and Jonathan Swann.

The win moves North Allegheny to 8-4 overall, 6-4 in the section.  The Tigers have the weekend off and resume section play next Tuesday at Butler.