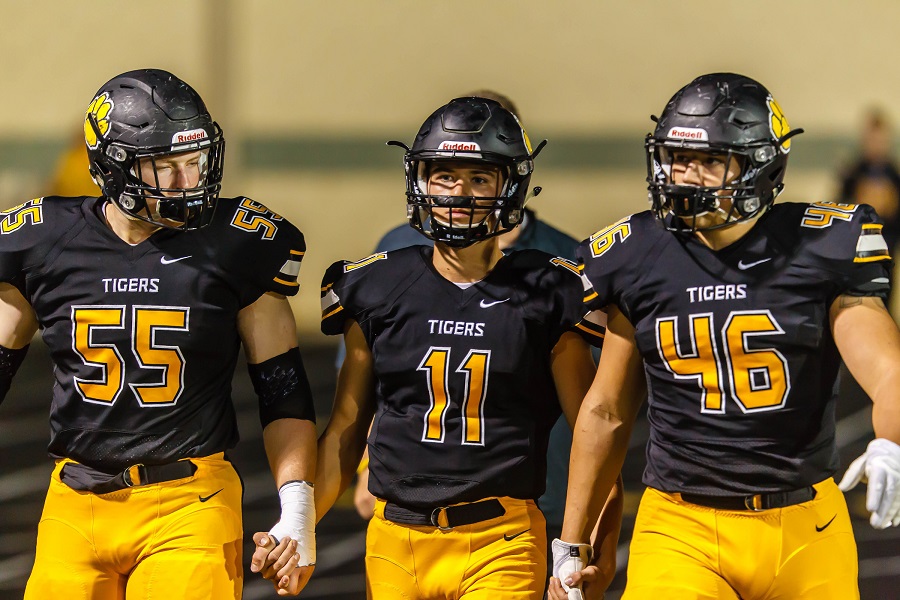 Winners of four in a row, the North Allegheny Tigers (5-2) look to make it five straight with a visit to Seneca Valley (1-5) tonight to take on the Raiders at NexTier Stadium. The Tigers split their two meetings with the Raiders last season, beating SV 49-14 in the regular season but dropping a heartbreaking 28-27 decision in the WPIAL semifinals. The semifinal contest was decided on the final play of the game by a blocked extra point.

North Allegheny would love to earn a measure of revenge for last year’s playoff defeat and will face a Raiders team that is much better than their 1-5 record would indicate. Seneca Valley has played tough with some of the top teams in Class 6A, including an eight-point loss to third-ranked Central Catholic in week four.

Seneca Valley is led by head coach Ron Butchle who is in his second stint with the Raiders. Butchle coached SV from 2004-2008 and was the offensive coordinator under Dave Vestal the past two seasons. Butchle’s squad is paced on offense by quarterback Gabe Lawson who has passed for 655 yards, seven touchdowns and six interceptions. Lawson is also the team’s leading rusher with 254 yards and four scores. Defensively, the linebacking corps of Gabe Miller, Jake Stebbins and Saige Ley is a strength for the team. Miller was a 1st-Team All-Conference selection last season and was the player who blocked the extra point against NA in the WPIAL semifinals last November.

North Allegheny is coming off a dominant defensive performance during a 27-16 win against Penn Hills. The Tigers defense forced five turnovers, including two interceptions by Joey Porter Jr. The NA defense has permitted only 15 points per game this season and is led by junior linebacker Dante Caputo with 42 tackles. Senior Alex Hays has a team-best three sacks and posted an interception last week as well.

The Tigers offense is facilitated by senior quarterback Luke Trueman who has passed for 874 yards, nine touchdowns and four interceptions. On the ground, Trueman has rushed for 501 yards and two more scores. The rushing attack is spearheaded by Turner White and his team-leading 581 yards and eight touchdowns. Senior receiver John Vardzel is the top target in the passing game with 15 receptions for 312 yards and four touchdowns.

Kickoff for tonight’s game between North Allegheny and Seneca Valley is slated for 7:30 p.m. The game will be broadcast live by the North Allegheny Sports Network with the pregame show getting underway at 7:10 p.m. To listen to tonight’s broadcast, click here.