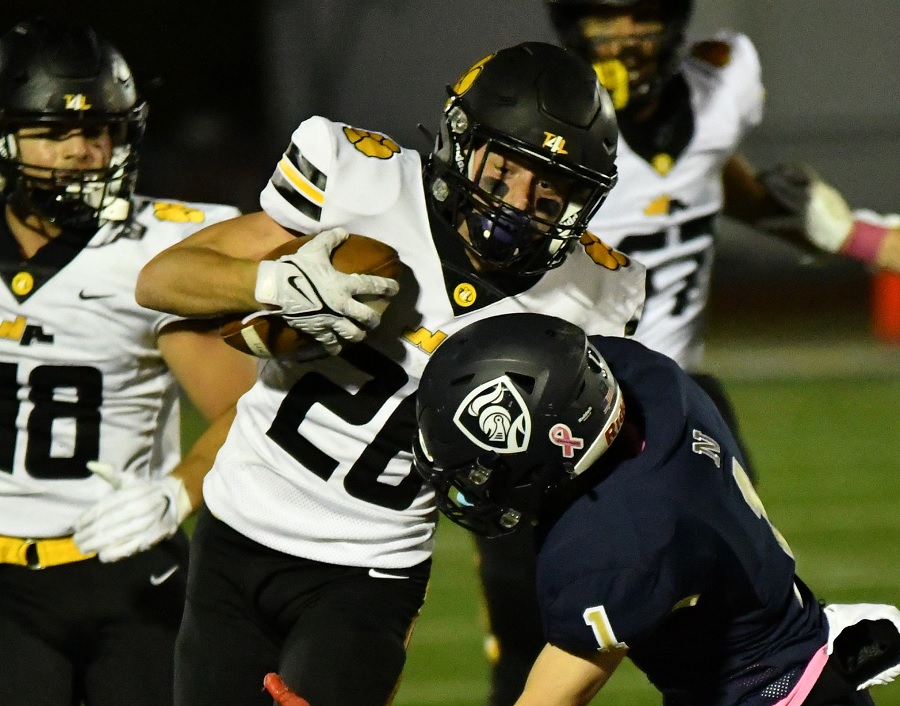 Norwin opened the game scoring a touchdown but North Allegheny would rip off 38 unanswered points en route to a 38-13 victory Friday night at Norwin High School.

Things didn’t start great for a Tigers as a fumbled snap on the second play of the game would give the Knights great field position to start their opening drive. Norwin would waste no time when Jackson Pons found Luke Denny. The extra point was no good and the Knights had an early 6-0 lead. North Allegheny would respond with a 16-play, 80-yard drive that finished with Tyree Alualu getting in the end zone from three yards out. Nick Van Winkle added the extra point and the Tigers took back the lead at 7-6.

Norwin would start the second quarter by punting the ball back to North Allegheny who would waste no time on this drive as Khyrin Boyd got a jet sweep and went 77 yards to the house to give NA a 14-6 lead. Things were back and forth until the Tigers had Norwin pinned inside their own 5-yard line and Daniel Sellers was able to sack Norwin quarterback Jackson Pons in the end zone for a safety and NA had the 16-6 lead. The Tigers would punch it in one more time to finish the half when Alualu reached the end zone again this time from six yards out and North Allegheny took a 23-6 lead into the half.

The second half started great for the Tigers as the defense forced a 3-and-out and the offense went right down the field and scored when Evan Lyon found Ayden Buggey from eight yards out and the lead swelled to 30-6 NA. The Knights looked to be putting a very good drive together as they went 15-plays, 66-yards but a pass attempt into the end zone was intercepted by Boyd with one hand and the score stayed right where it was at 30-6.

Both teams picked up a score in the fourth quarter. For North Allegheny it was Ryan Opiela finding Jaylen Sims from 21 yards out to put the finishing touches on a 38-13 victory. Boyd was the Wright Automotive Player of the Game finishing with 96 rushing yards, a touchdown and an interception on defense. Steve Palermo finished with 92 yards on 20 carries.

North Allegheny improves to 7-1 overall while Norwin falls to 1-7. The Tigers return home next week to take on the Penn-Trafford Warriors at Newman Stadium at 7:30 p.m.