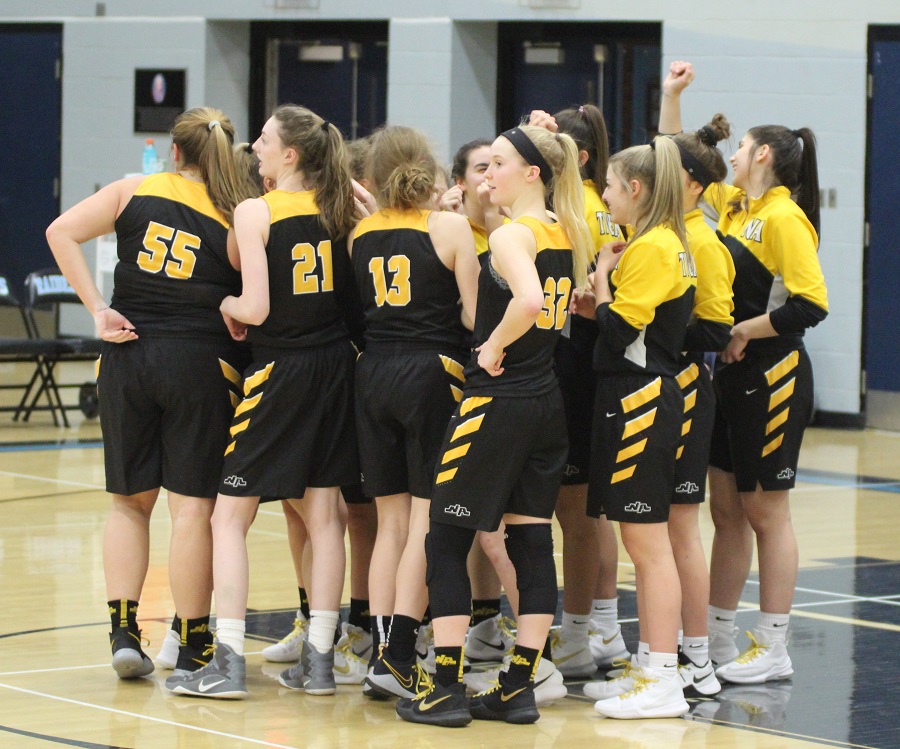 The Seneca Valley Raiders tried to slow down the high-powered North Allegheny attack with a deliberate offense and held the Tigers to their lowest output of the season. However, it wasn’t enough as the reigning WPIAL champions forced 18 turnovers from the Raiders to earn a 35-24 win and lock up a Section 1-6A title. It’s the sixth straight section crown for the Lady Tigers.

The Raiders’ methodical pace was successful through one period as SV held a 5-4 advantage. The North Allegheny defense turned the tables on SV in the second quarter and forced senior guard Gretchen Koken into nine turnovers on the night. NA held a 14-10 lead at halftime and fended off the feisty Raiders in the second half for an 11-point win.

Junior guard Rachel Martindale led the Tigers in scoring with 10 points. Senior Brynn Serbin was a catalyst toward victory on both offense and defense with seven points, three assists and four steals. For the Raiders, McKenna Gross posted a team-high eight points, two assists and two steals.

With the win, North Allegheny jumps to 17-0 overall and 8-0 in Section 1-6A. Seneca Valley dips to 9-8 overall and 4-4 in section play. The Tigers visit the Butler Golden Tornado on Thursday night.