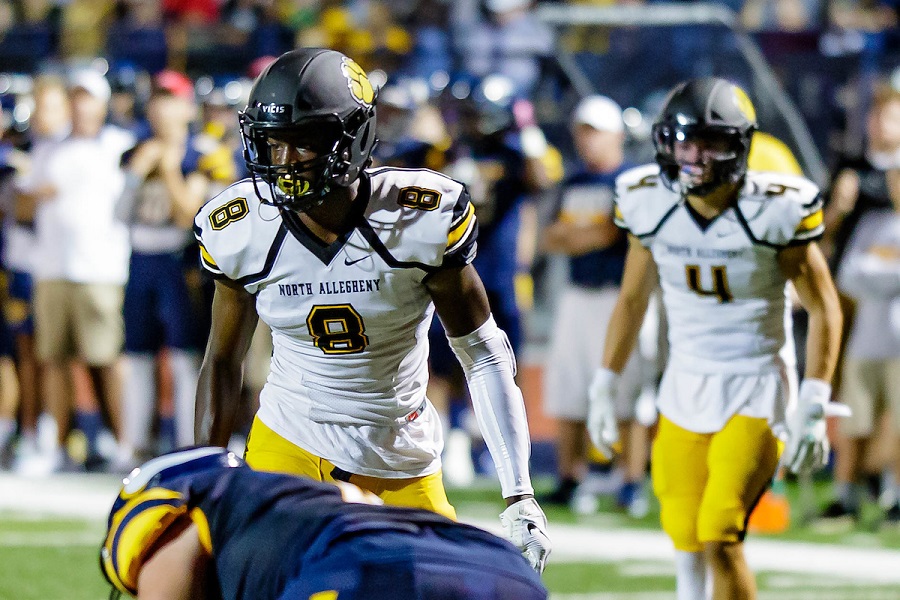 For the second time in three weeks, the North Allegheny Tigers (10-1) will take on the Pine-Richland Rams (9-1) tonight in the WPIAL Class 6A semifinals. Despite dropping a 42-14 decision to the Rams in the regular season finale, tonight’s contest proves to be the most important with a trip to Heinz Field at stake.

North Allegheny earned the right for a rematch with Pine-Richland following a 48-7 throttling of Canon-McMillan last week in the WPIAL quarterfinals. The Tigers capitalized on two early fumbles by the Big Macs and pounced for an immediate 21-0 lead. Senior quarterback Ben Petschke tossed four touchdown passes and added a rushing score in the win. Three of his scoring strikes went to junior Khalil Dinkins, who hauled in four passes for 104 yards. Senior running back Percise Colon surpassed the 1,000-yard mark with 121 yards rushing.

While the Tigers were in action last week, Pine-Richland will be well-rested following a quarterfinal-round bye. The Rams earned the No. 2 seed in the Class 6A playoffs following their Week nine win over NA. In that game, junior quarterback Cole Spencer threw for 398 yards and five touchdowns. Eli Jochem was the top target with 11 receptions, 220 yards and three touchdowns.

North Allegheny is appearing in the WPIAL semifinals for the fourth straight season. Pine-Richland is vying for a third straight WPIAL championship.

Tonight’s game is only the second time these two storied programs will go head-to-head in the playoffs. The first and only previous playoff meeting was in the 2017 semifinals, a contest that Pine-Richland won 49-25.

Kickoff for tonight’s game is slated for 7:00 p.m. The contest will be broadcast live via the internet by the North Allegheny Sports Network, with the pregame show getting underway at 6:40 p.m. To listen to tonight’s game, click here.