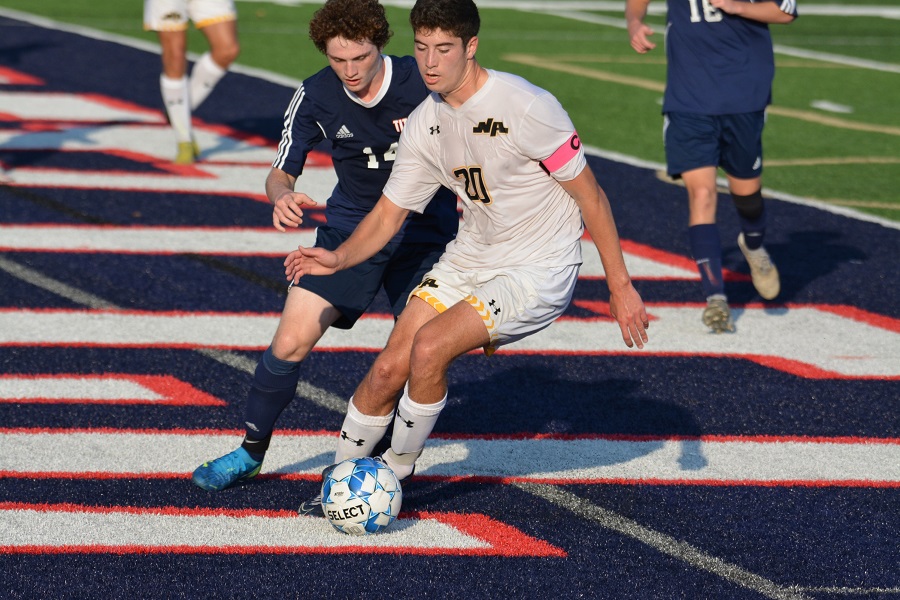 The North Allegheny boys’ soccer team won its second straight section game with a 3-1 triumph at Shaler on Saturday night.

The Tigers struck early in the game when senior Matt Mihm scored just 3:30 into the first half for a 1-0 lead. NA extended the lead to 2-0 with 7:55 remaining in the first half on Mihm’s second goal of the night, assisted by Gregory Kossuth.

Late in the second half, senior Evan Anderson put the game well out of reach, scoring on a corner kick from Ryan Cooke with just 5:30 remaining for a 3-0 lead. Shaler scored in the waning minutes to bring the final score to 3-1, North Allegheny. Sophomore keeper Dante Accamando earned the win in net.

North Allegheny improves to 4-2 overall and 2-2 in Section 1-AAAA. Shaler slips to 2-6 overall and 1-4 in the section. The Tigers will host the reigning PIAA champion Seneca Valley Raiders on Tuesday night at 7:30 p.m. The game will be broadcast live by the North Allegheny Sports Network.