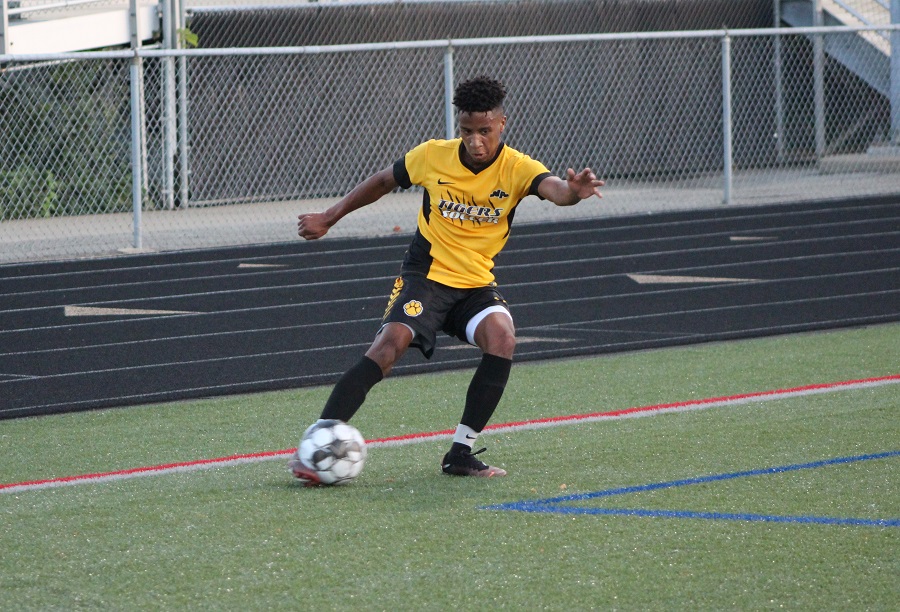 In a battle of two teams that have already clinched playoff spots, it was the Tigers who came out of the non-section match successful taking down Hampton 3-0 Saturday afternoon at Newman Stadium. The win gave North Allegheny their sixth shutout in seven games. The win also ended Hampton’s streak of five straight shutouts.

North Allegheny dominated possession early but only in the defensive end. About thirteen minutes in the Tigers started to apply some offensive pressure and senior Kensly Owens had a shot at point blank range, he was able to put the shot off the left post and in and the Tigers led 1-0 with 27:30 remaining in the first half. With six minutes remaining in the half a bad bounce off a Hampton defender made it a race for the ball between Owens and the Hampton defender, a race won by Owens who was able to finish again and give North Allegheny a 2-0 lead at halftime. For his effort Owens was the Wright Automotive Player of the Game with his two goals. He now has 10 on the season.

The NA defense continued to frustrate Hampton throughout the second half and it finally boiled over with the Talbots picking up a red card and having to finish the game with 10 players. North Allegheny was able to take advantage of this with four minutes remaining in the game when Evan Cole found Evan Anderson in the middle and Anderson was able to finish to pick up his tenth goal of the season and giving the Tigers a 3-0 lead which is what they would finish the game with.

North Allegheny improves to 9-1-1 while Hampton falls to 8-2-1. Big section game coming up for the Tigers as they take on Seneca Valley on Monday night at 7:30 p.m. at Newman Stadium. NA and Seneca Valley are currently tied for first place in Section 1-AAAA. This game will be broadcasted live on the North Allegheny Sports Network.