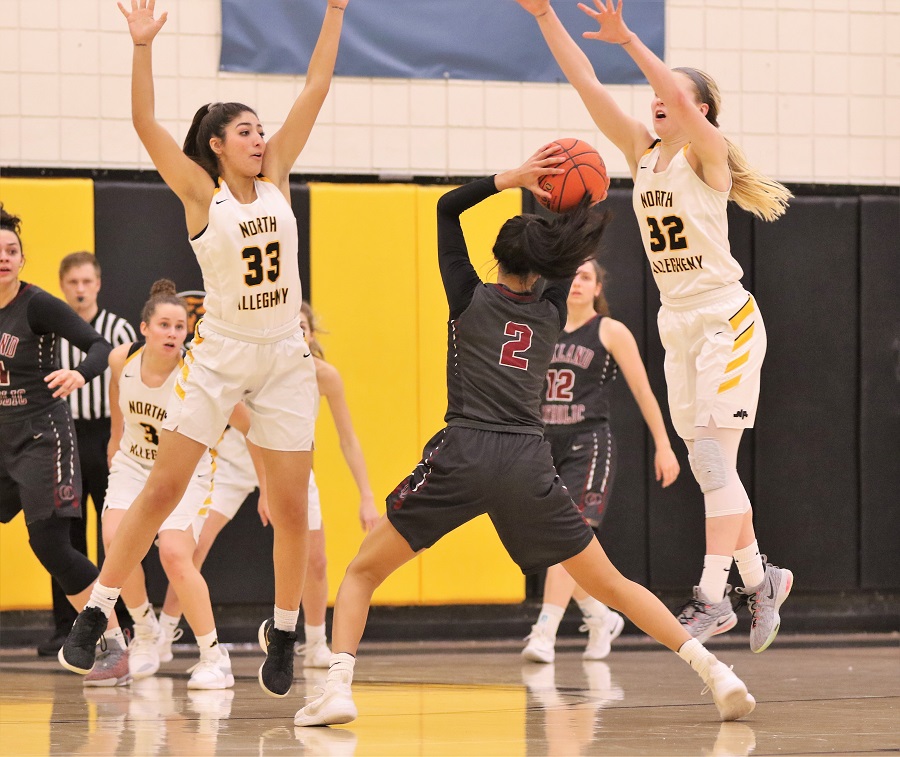 Facing off against Class 5A power Oakland Catholic on Monday night, the North Allegheny girls’ basketball team claimed a 57-42 non-section victory. On the strength of a big second half, the Tigers turned a close game at the half into a double-digit victory over the second-ranked team in Class 5A.

Holding a 29-27 advantage at intermission, the Tigers used a 13-0 run in the third quarter to gain control of the contest. Senior guard Brynn Serbin sparked the run with a 3-pointer and the NA defense held Oakland Catholic off the scoreboard until the two-minute mark of the third period. The Eagles managed a 6-0 run to end the third to cut the NA lead to 42-33 entering the fourth.

North Allegheny’s three-point shooting prowess helped put the game away in the fourth quarter, including a pair of treys from senior Rachel Martindale, who finished with a game-high 17 points. The Tigers outscored the Eagles 15-9 in the final stanza to finish off a 57-42 triumph.

Joining Martindale in double figures were sophomores Lizzy Groetsch and Paige Morningstar with 15 and 12 points, respectively. Oakland Catholic was paced by Alexis Sestric with 15 points. Sierra D’Angelo added 14 points for the Eagles.

North Allegheny improves to 21-1 overall on the season.  Oakland Catholic falls to 19-3. The Tigers will await the WPIAL playoff pairings which will be announced on Tuesday night.