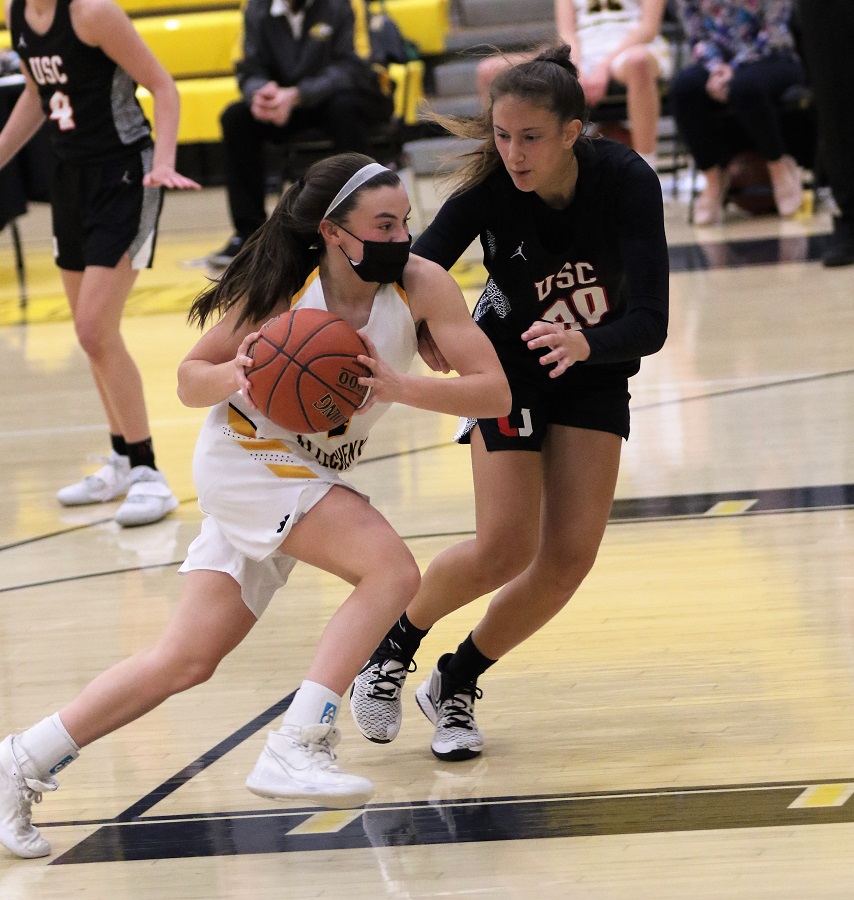 The North Allegheny girls’ basketball team rolled to a 70-14 win over the Shaler Titans on Tuesday night from NASH gymnasium. It was the 16th straight win for the Tigers dating back to last season and the 20th consecutive victory in the head-to-head series with the Titans.

The Tigers wasted little time in taking control of the game and opened the contest on a 13-0 run. North Allegheny’s defense flustered Shaler into numerous turnovers that led to easy transition buckets for the black and gold. The Tigers grabbed a 25-4 lead after one period and invoked the mercy rule by halftime with a 48-10 advantage.

In the second half, the Tigers went into to cruise control and coasted to the 70-14 win. Freshman Kellie McConnell made her second career varsity start and touched double figures with a 15-point performance. Adding timely steals and 6-for-6 shooting at the free-throw line, McConnell was named the Wright Automotive Player of the Game.

With the win, North Allegheny improves to 3-0 overall and 2-0 in Section 1-6A. Shaler falls to 1-2 overall and 1-1 in the section. The Tigers will play their first road game of the season with a visit to Seneca Valley on Thursday night at 7:30 p.m.