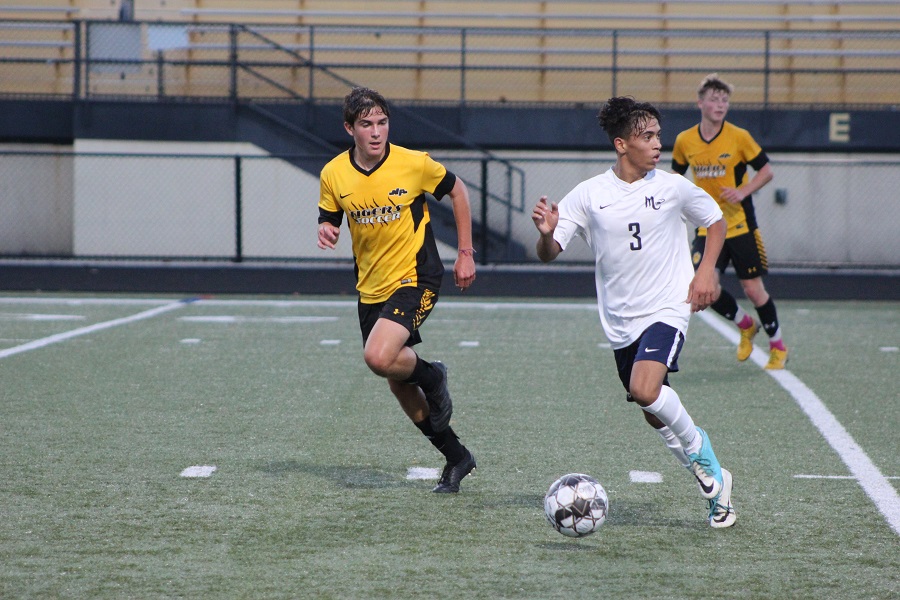 The Tigers traveled to Martorelli Stadium to take on the North Hills Indians Wednesday night.  North Allegheny proved to be too strong for the Indians with NA winning by a convincing 7-0 score.

The game started slowly with both teams feeling each other out in the early going.  But, eleven minutes in, Philip Iozzi passed the ball up the middle of the field to a streaking Evan Anderson who converted on the games first goal for a 1-0 lead. Five minutes later, NA added to lead with a nice cross from William Stasko to Iozzi, who drilled the gall into the right side of the net to give NA a 2-0 lead.  Two minutes later, Stasko passed to Kensly Owens, who deposited the ball into the goal and a 3-0 advantage.  A minute later, Owens took another pass from Evan Cole and got his second goal of the game.  The score was now 4-0 with twenty-two minutes left in the half.  With sixteen minutes remaining before halftime, Owens completed the hat trick with his third goal of the game.  The half ended with NA holding a commanding 5-0 lead.

There was not much offense from either side to start the second half, but with twenty-three minutes left, Stasko made a nice run down the right wing to beat the North Hills defender and pass across to an open Cole.  Cole converted the pass into the open net to lengthen the NA lead to 6-0.  NA kept the majority of the possession for the rest of the half and with just over four minutes left, Zoha Peterson passed to Cole, who dropped the ball to Stasko for the easy goal.  That proved to be the final tally of the night as NA cruised to a 7-0 win.

NA improves to 10-2-1 overall and 8-2-1 in Section 1-AAAA. The Tigers next play a non-conference game on Saturday against Upper St. Clair.