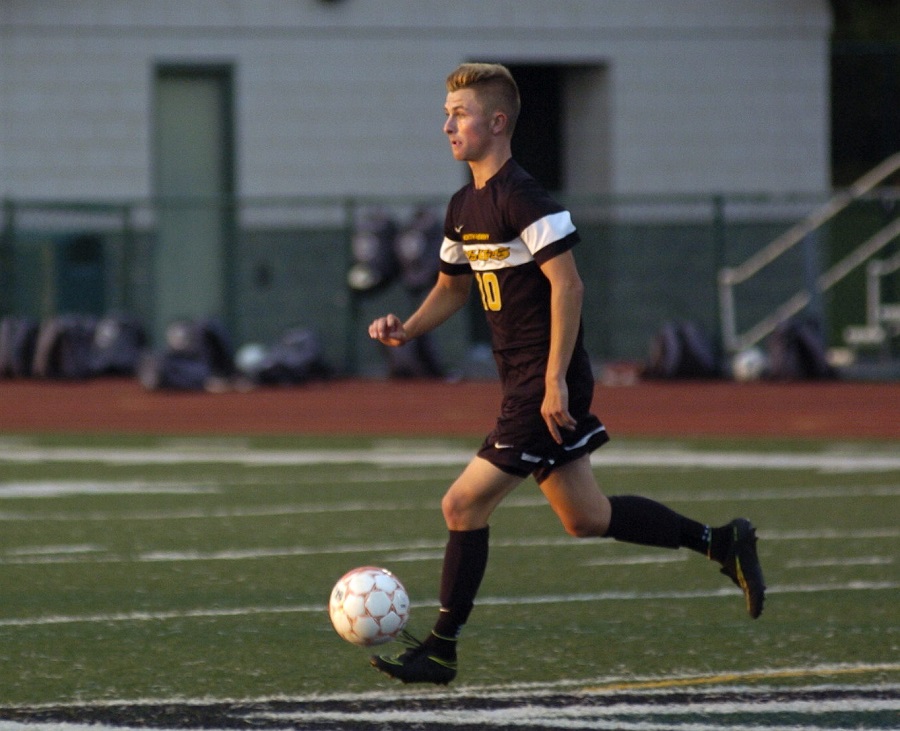 In a fitting finish on Senior Recognition Day, senior Ben Cinker scored the winning goal assisted by senior Alex Goto at 6:09 of the first overtime to defeat the Mars Fighting Planets, 3-2, Saturday at Newman Stadium.  On a beautiful sun-filled day, the game went back and forth with swings in momentum, offensive counter-attacks and spectacular keeper play in a spirited, hard-fought match.

Mars took the early 1-0 lead on a first-half goal off a corner kick, but the Tigers kept attacking and tied the game with 1:53 left in the half on a 15-yard blast off an indirect kick by Jack Passodelis with the touch assist by Goto.  The second half momentum was back and forth – Mars was awarded a penalty kick at 34:51 but the shooter missed high – the Tigers then narrowly missed on headers off of crosses from Cam Yurick, Josh Rouser and Sean Atwater – then keeper Grant Glorioso made an aggressive play on the ball outside the box to thwart a breakaway at 26:30. Then at 13:44, the Tigers took the lead, 2-1, when Zac Marzula converted a penalty kick that was called when Goto made a strong offensive move and was taken down in the box by a Mars defender. The Tigers did their best to protect the lead but the Fighting Planets tied the game at 2-2 with 1:31 left off a scramble in front of the net after a corner kick.  The stage was then set for Cinker’s heroics and the Tiger victory.