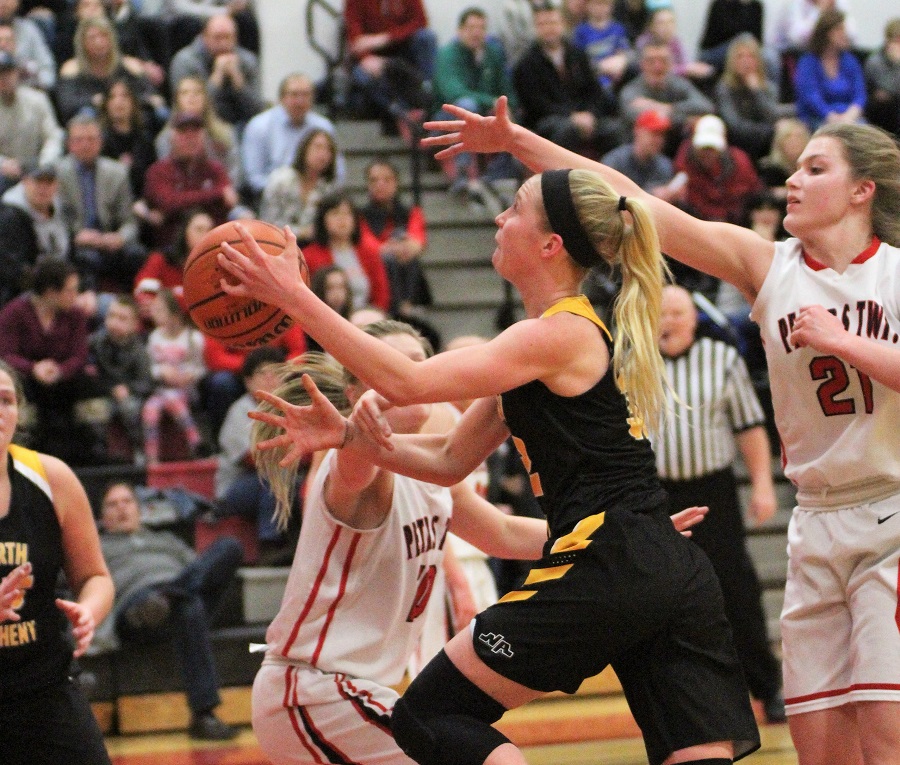 In a late-season showdown between the No. 1 and No. 2-ranked teams in Class 6A, the North Allegheny Tigers remained perfect on the season with a 67-54 road win at Peters Township on Thursday night. The Tigers pounced on the Indians for a 19-9 lead and NA stayed in front for the rest of the night. The Tigers are one of only three teams still undefeated in boys and girls basketball in the WPIAL. The Quaker Valley boys and the East Allegheny girls are the other two.

The battle of the boards proved crucial in the victory, with NA outrebounding the Indians, 37-26. The Tigers were led on the glass by junior guard Rachel Martindale who secured a team-high 11 rebounds on her way to a double-double. Martindale also scored 15 points on the night.

Senior Madelyn Fischer scored a team-high 18 points for the Tigers and freshman Lizzy Groetsch added 12 points, six assists and three steals.  North Allegheny converted 43-percent from the field and connected on 12 of 29 attempts from beyond the arc.

For Peters Township, junior Makenna Marisa scored her 1,000th career point and notched a game-high 21 points. Lillian Young and Olivia Ziegler chipped in for the Indians with 12 points each. Peters Township was 36-percent from the field and shot a paltry 4 of 24 from the perimeter.

With the win, North Allegheny sits at 21-0 overall and is virtually assured the No. 1 seed when the WPIAL Class 6A brackets are released next week. Peters Township slips to 18-3 on the season. The Lady Tigers will conclude the regular season on Monday with a home date with West Allegheny.