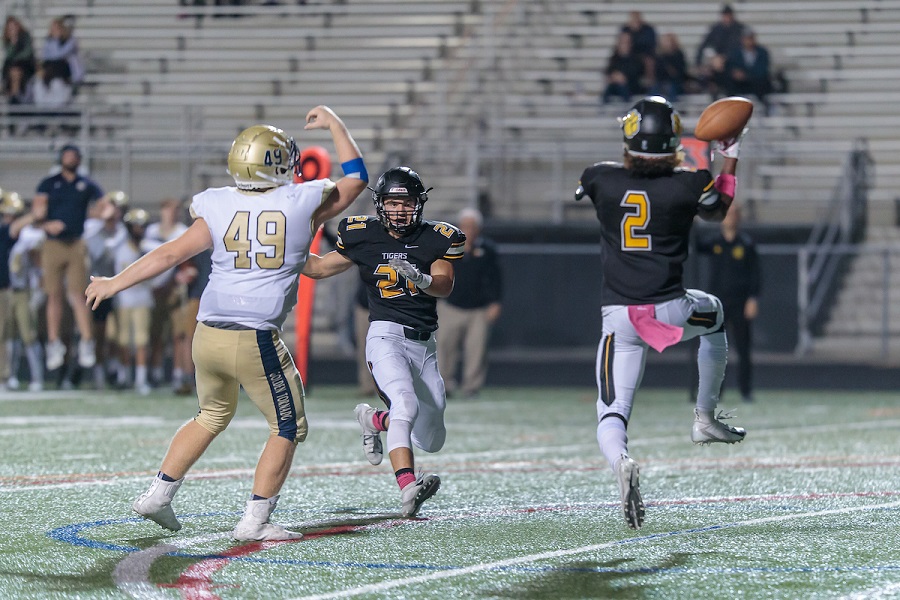 The top-ranked Tigers remain the only unbeaten team in the WPIAL’s Class 6A and look to build upon a 40-7 victory at Seneca Valley last week. NA steamrolled the Raiders with a well-tuned offense, led by senior quarterback Ben Petschke, who passed for two touchdowns and rushed for another, accounting for 218 total yards. Petschke tossed scoring passes to Luke Colella and Khalik Dinkins in the victory.

Of course, the Tigers defense made its presence felt again last week and permitted only 135 yards of total offense. On the season, North Allegheny has allowed a scant six points per game and has punished opposing quarterbacks with 33 sacks.

On the opposite end of the spectrum, Butler has lost 16 games in a row and is coming off a 49-21 loss to Norwin last week. Sophomore quarterback Cooper Baxter rushed for 197 yards and two touchdowns in the loss. Baxter is the focal point of the Butler offense and is the team’s leading rusher with 612 yards and five touchdowns. He’s also passed for 415 yards and four touchdowns. Another standout for the Golden Tornado resides on the offensive line. Senior Nate Cornibe is a Division I recruit, attracting the attention of some MAC conference and Ivy League schools.

Overall, Butler has had trouble with numbers and injuries, fielding only 25 healthy players in last week’s defeat to Norwin. The Golden Tornado score on average 13 points per game and their defense allows 52 points per game.

North Allegheny has won 15 in a row against Butler and leads the all-time series with a 32-12 mark. The last time the Golden Tornado scored more than seven points in a game against North Allegheny was in 2006. The Tigers won that game, 31-17. Butler has not defeated NA since a 21-14 decision in 2003.

Kickoff for tonight’s game is slated for 7:30 p.m. The game will be broadcast live via the internet on the North Allegheny Sports Network, starting with the pregame show at 7:10 p.m. To listen to tonight’s game, click here.