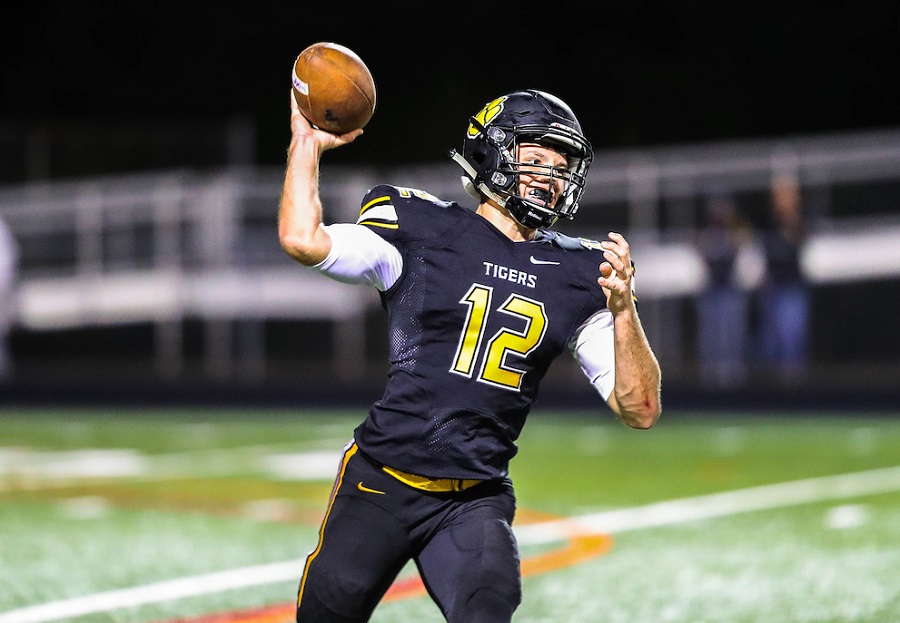 Vote Ethan Maenza For National Athlete of the Week

After rushing for 219 yards and three touchdowns on Friday night in North Allegheny’s 22-15 win over Mt. Lebanon, senior quarterback Ethan Maenza has been nominated for the National Athlete of the Week by Varsity Views. Six athletes are chosen to compete each week for the national honor and Maenza is one of six candidates for this week’s Athlete of the Week Award. You can cast your vote for Maenza by clicking here.