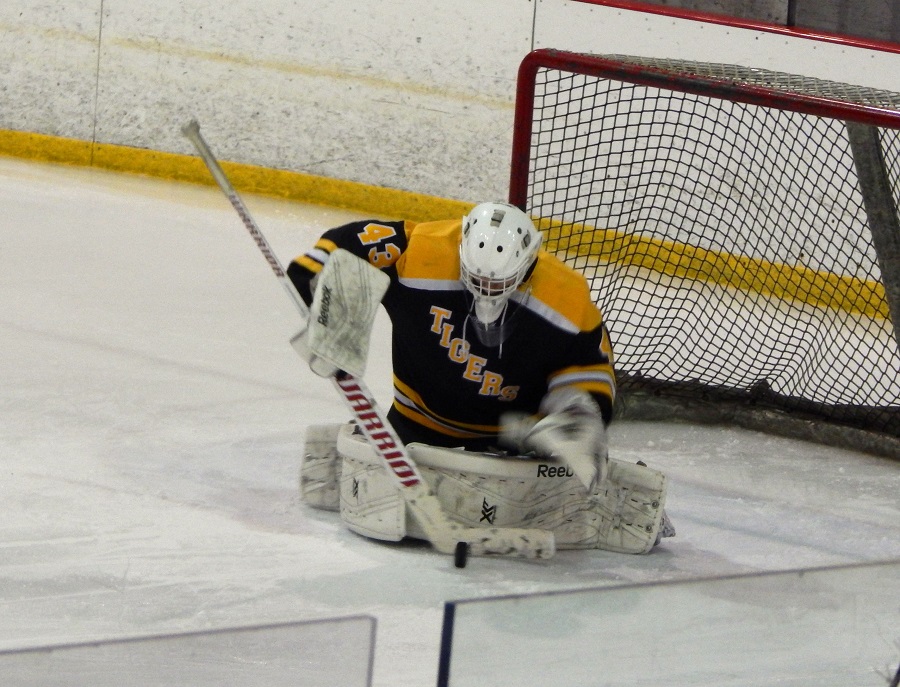 Pittsburgh Central Catholic rallied for a 5-4 win in overtime against the North Allegheny Tigers on Tuesday night. Ryan Haag scored the game tying goal with 1:16 remaining in the third period and Sam Delucia netted the game winner in the extra session.

The Vikings opened the scoring in the first period on a marker by JakeTepe for a 1-0 lead. The Tigers struck for two quick goals early in the second period by Cameron Sunseri and Dawson Richard to grab a 2-1 lead. Central Catholic tied the game at 2-2 later in the second period on a shorthanded tally by Antonio Misiti and took a 3-2 lead on Tepe’s second goal of the night with 1:33 left in the period.

The pendulum swung back toward NA in the third period as Richard converted a power play into a goal at the 3:55 mark of the period to even the score at 3-3. The Tigers pulled ahead, 4-3, on a goal by Shane Gezzi midway through the third. However, Central Catholic managed to tie the game late on the Haag goal and earned the win with the Delucia overtime winner.

North Allegheny drops to 4-3-1 following the loss. Central Catholic improves to 5-4-0 with the win. The Tigers will try to bounce back on Monday night with a home contest against Erie Cathedral Prep.  Start time is slated for 7:00 pm.