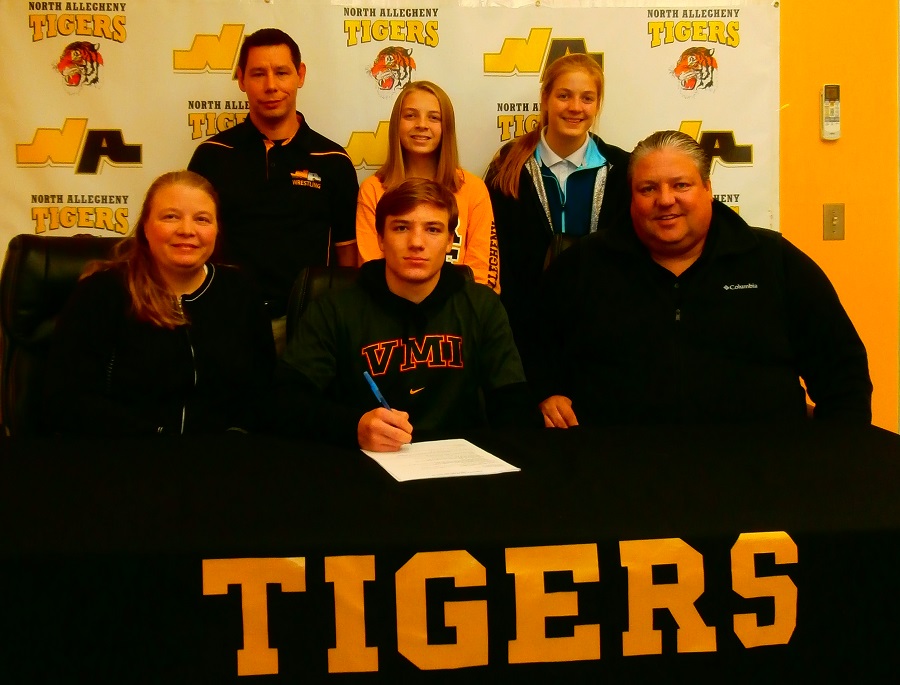 North Allegheny senior Freddy Junko has signed his letter of intent to continue his academic and wrestling career at the Virginia Military Institute. At VMI, he will be reunited with former NA wrestling standout Jon Hoover.

A regular since his freshman year, Junko is nearing the 100-win plateau and has compiled a record of 90-40 over the past three seasons. As a sophomore (113) and junior (126), Junko earned a silver medal each year at the Section 3-AAA individual wrestling tournament, also qualifying him for the WPIAL individual tournament both seasons.

Junko will major in Engineering at VMI. He is pictured above with his parents Fred and Linda, his sisters Alexandra and Jacqueline and North Allegheny assistant coach Dan Heckert.