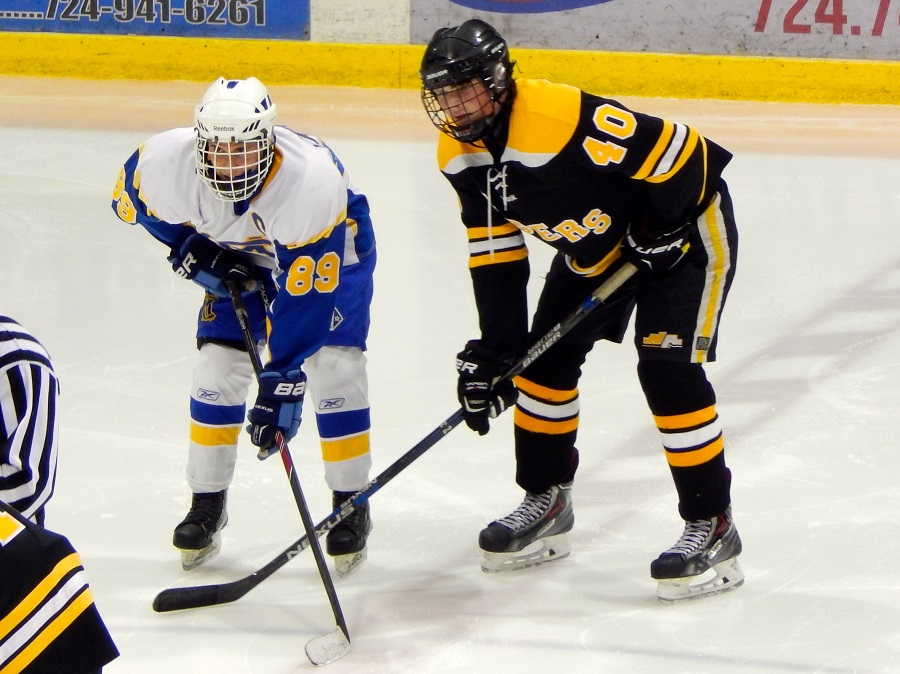 North Allegheny senior forward John Parks has been selected as the PIHL Class AAA Player of the Month for January. Parks had a stellar month, finishing the with five goals and four assists for nine points. He had three multi-point games as well as recording at least one point in all six of North Allegheny’s games during the month. Parks led the way on the North Allegheny power play, chipping in two goals. He was also a AAA all-star game participant.

Parks and the North Allegheny ice hockey team will be in action again on Monday night when the Tigers host the Pine-Richland Rams for senior night. The NA Hockey Association will be honoring their eight seniors prior to the game.  The contest is scheduled to start at 7:00 p.m. at the Baierl Ice Complex (formerly Bladerunners) in Warrendale.  The ceremony will begin at 6:45 pm.  The seniors are: Eric Chidester, Eric Dietz, Ben Marriner, John Parks, Dawson Richard, Cameron Sunseri, Tyler Wilson, & Cameron Zahn. click here.For more information,