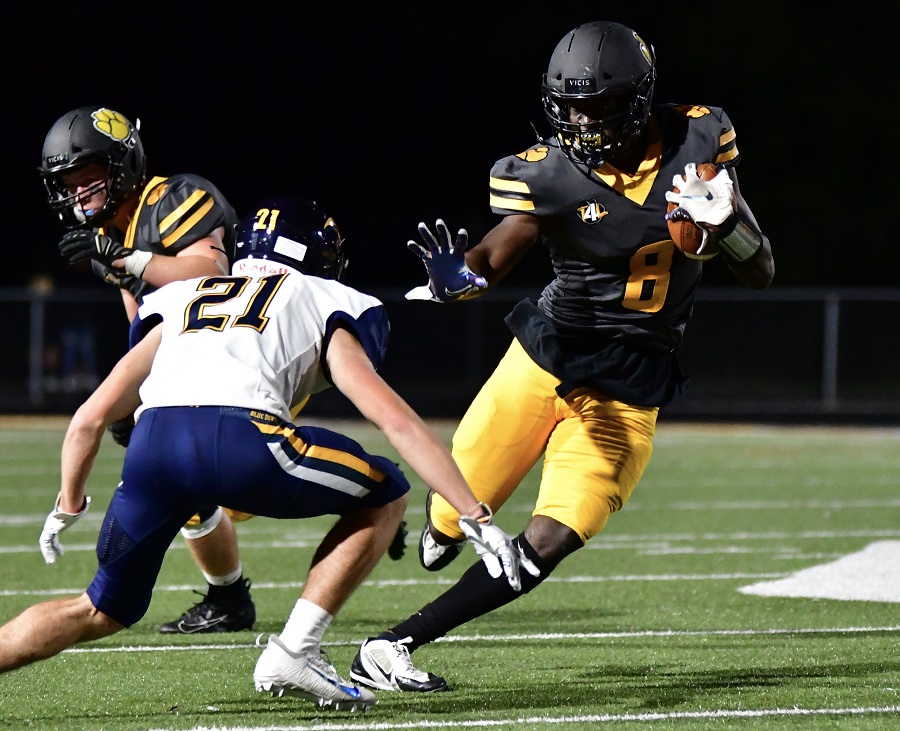 North Allegheny senior Khalil Dinkins has been selected to the 2020 MaxPreps All-State high school football team for Pennsylvania. A swiss-army knife for the North Allegheny offense, Dinkins garnered a first-ream all-state spot by MaxPreps at the tight end position. For a look at the entire all-state list, click here.

The focal point of NA’s “Monster Package,” Dinkins rushed for 222 yards and four touchdowns on 34 carries. Through the air, the Penn State commit hauled in 20 receptions for 284 yards and a team-leading four receiving touchdowns.

Dinkins equally terrorized opponents on defense from his linebacker position and posted a 40-yard pick-six in a week three win over Central Catholic. He was recently named first-team All-Big 56 Conference last Friday.

In addition to Dinkins’ individual accolades on the all-state list, the entire North Allegheny football team finished No. 16 in Pennsylvania according to the MaxPreps PA Top 25. The Tigers finished the season with a 6-1 record and an appearance in the WPIAL Class 6A championship game.