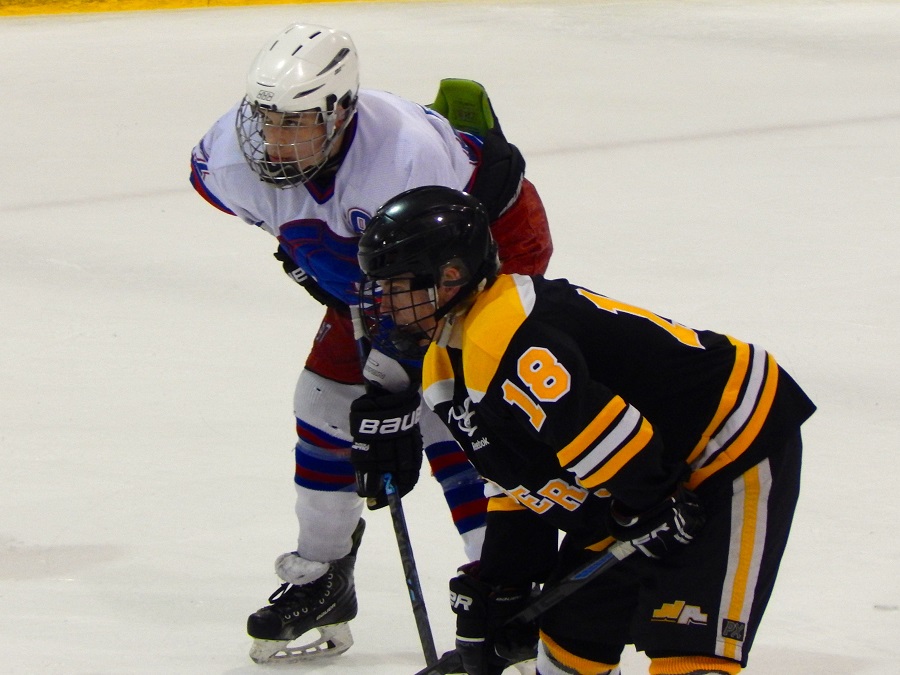 Junior Dawson Richard scored two goals to help lead North Allegheny past the Shaler Titans on Tuesday night, 4-1, at the Alpha Ice Complex. Richard’s two goals, his fifth and sixth of the season, put the finishing touches on NA’s second straight win. Senior goalie Joseph Hubert made 22 saves to pick up the victory in net.

Joseph Zappia opened the scoring just 1:32 into the game on an assist from Erik Chidester to give the Tigers a 1-0 lead. William Carr followed with a goal a little over minute later for another quick jolt and a 2-0 advantage.

Working with a man advantage in the second period, Richard scored the first of his two goals on the night with a power play marker to make it 3-0, Tigers. Richard struck again at the 3:30 mark of the third period for a 4-0 lead. Shaler’s Michael Fuchs broke the NA shutout bid with a meaningless goal with 22 seconds remaining to bring the score to its eventual final, 4-1.

North Allegheny improves to 6-4-1 with the win, while Shaler slips to 3-8-1. The Tigers return to the ice in the new year on Thursday, January 7 against the Upper St. Clair Panthers.