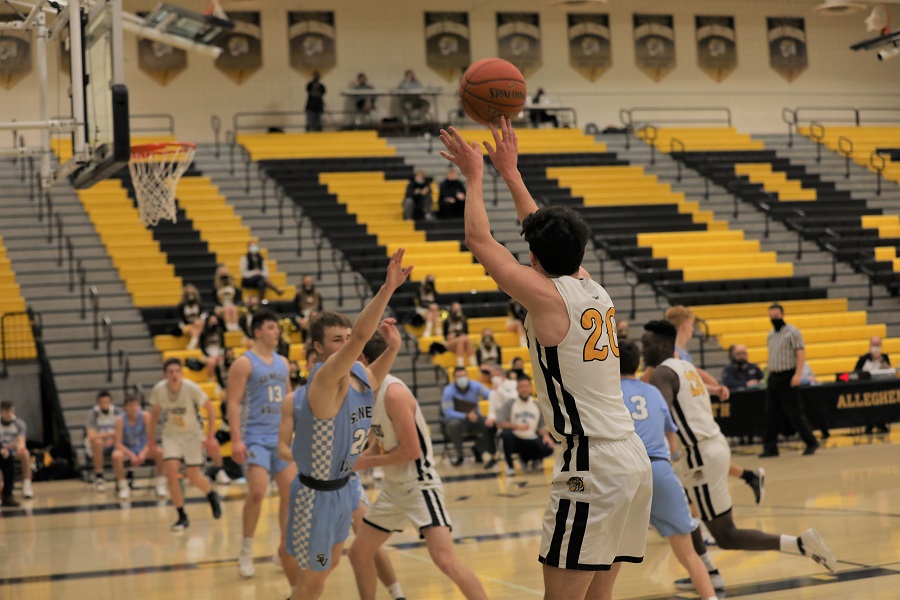 The North Allegheny boys’ basketball team dropped a 73-47 decision at Pine-Richland on Friday night in Section 1-6A action. Despite the loss, the Tigers still won the season series against the Rams with two victories against their neighborhood rival earlier in the season.

NA and Pine-Richland traded baskets in the first half and were deadlocked 27-27 at intermission. However, the second half was controlled by the Rams, who outscored the Tigers 46-20 in the second half. PR pulled away in the fourth quarter with 80-percent shooting from the floor.

Following the loss, North Allegheny slips to 12-5 overall and 8-3 in Section 1-6A. Second-place Pine-Richland keeps its section title hopes alive and improves to 9-4 overall and 6-3 in the section. The Tigers will take on City League powerhouse Allderdice on Sunday at 6:30 p.m. in a tough non-section contest. The JV and Varsity game will be video streamed live by the North Allegheny Sports Network.