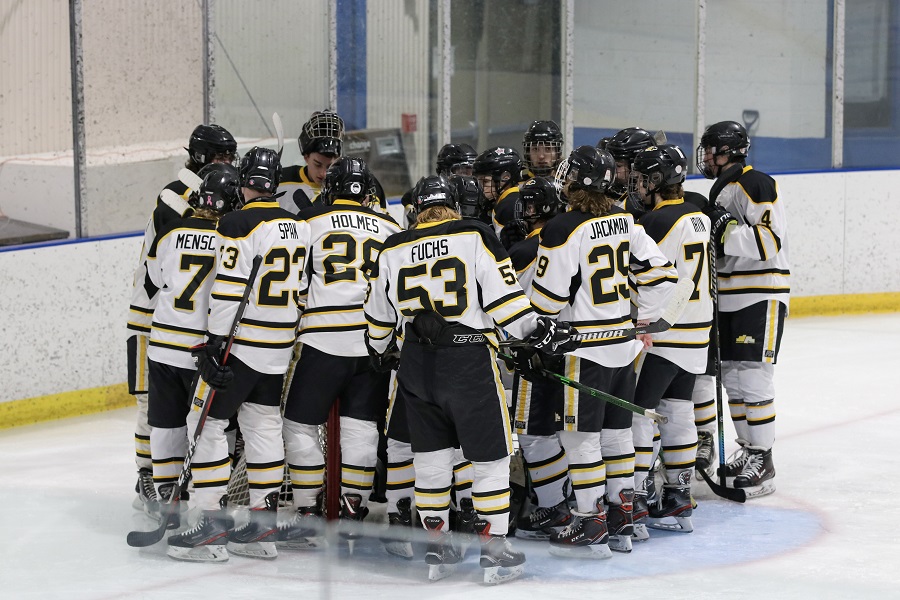 The North Allegheny ice hockey fell to the Bethel Park Black Hawks on Monday night, 4-1, at the Baierl Ice Complex in Warrendale.

Both teams took the ice to a slow start in the first period as the Tigers and Black Hawks used the opening frame as a feeling-out process to measure up their opponent.

There was no scoring until early in the second period, as Bethel Park senior forward Jake Cook was held on a breakaway to the NA net, and was awarded the penalty shot by referee Austin March. Cook sped into the attacking zone on the free chance and planted the first goal of the game into the NA net. Six minutes later, senior forward Tommy Eiter gave the Hawks a two-goal advantage by gathering a loose rebound to the right of Bailey and roofing the shot.

North Allegheny struggled to get pucks to the net through the first two periods, but did find life late in the middle frame.  NA senior defenseman Karl Fuchs scored the lone Tiger goal with a minute left in the period on a wrist shot from the point through traffic to find twine behind Bethel Park goalie Zack Ott. Junior Kevin Hart and senior Matt Gentile were credited with the assists on the play.

Late in the second period, Bethel’s Jake Lang was called for a tripping penalty, giving North Allegheny some power play time to start the third period.  Sophomore Trey Gallo and junior Connor Chi led the offensive charge, placing Ott under siege for a majority of the frame. Strong efforts from sophomores Nate Spak and A.J. Peterson were also notable in the final minutes.

Bethel Park’s Tommy Eiter scored his second of the game with about three minutes remaining, ultimately putting the game out of reach.  The Tigers were given a late power-play chance, but gave up a short-handed empty net goal to Jake Cook in the process.

The Tigers fall to 8-3-1 on the season, and are back in action tomorrow night from the Baierl Ice Complex against Seneca Valley at 8:30 p.m. You can watch the game live on the North Allegheny Sports Network.