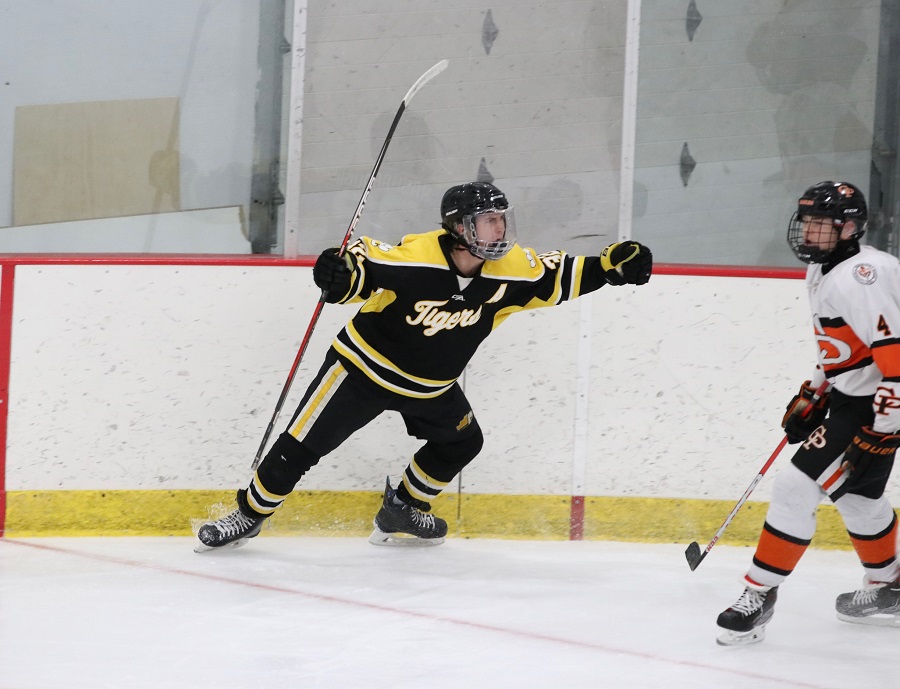 North Allegheny used a three-goal outburst in the third period to prevail at Cathedral Prep on Thursday night, 5-2.

Deadlocked at 2-2 after two periods, the Tigers used goals by Luke Washabaugh, Cole Jackman and Nolan Colinear in the final stanza to claim the win. Jackman’s goal came on a power play and Colinear’s was an empty netter with 25 seconds remaining to ice the victory.

Senior Connor Chi assisted on three goals, including the first marker of the night by Nate Spak at the 4:08 mark of the first period. After a Connor Eubank goal tied the game for at 1-1 late in the first period, North Allegheny regained the lead just nine seconds into the second period on a goal by Patrick Buttignol. A power play goal for Cathedral Prep’s Alex Brown at the 15:40 mark of the second period tied the game at 2-2, setting the stage for NA’s big third period.

In net for the Tigers, Andrew Long made 21 saves to earn the win. Devon Duvichow made 23 saves for the Ramblers in a losing effort.

North Allegheny continues as the pacesetter atop the Class AAA standings with an 8-1-0 record. Cathedral Prep falls to 1-5-1 on the campaign. The Tigers will visit Canon-McMillan on Tuesday at 7:00 p.m.