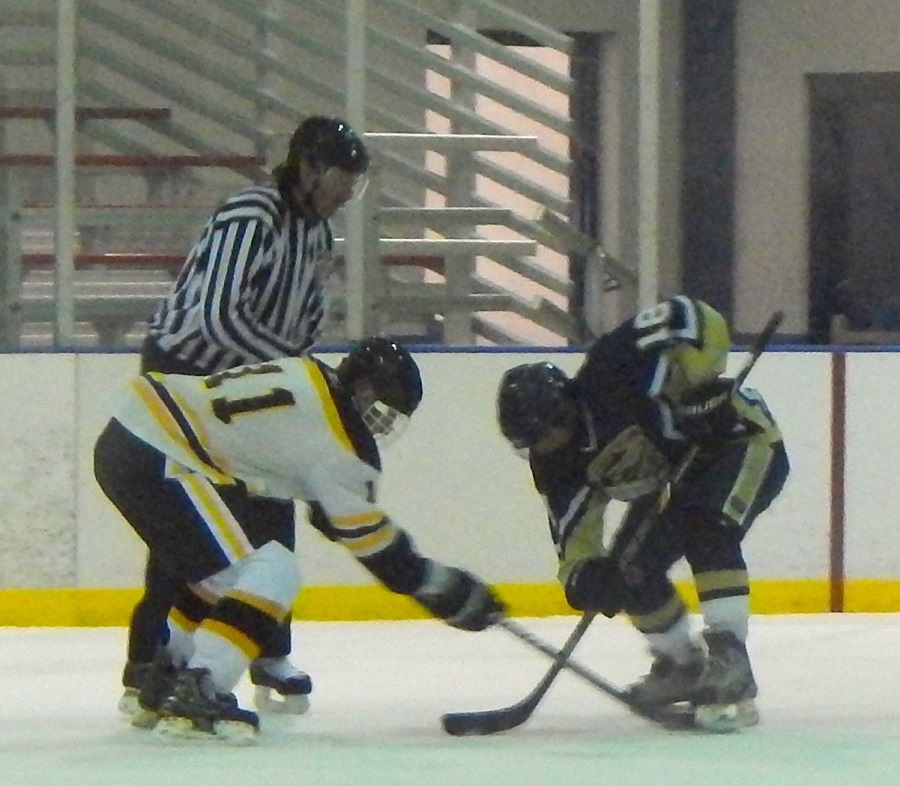 Senior Marty Hubert’s natural hat trick helped spark a 4-0 victory for North Allegheny over the Butler Golden Tornado on Tuesday night.  The firepower from Hubert, and goalie Bradford Thornburgh’s play in net, was far too much for the Golden Tornado to handle as the Tigers climbed into sole possession of first place in Section 2.

Like Monday night’s win over Pine-Richland, the Tigers played Butler to a scoreless tie after one period of play.  Then in the second period, NA started to take control when freshman Tyler Wilson opened the flood gates with a goal at the 7:37 mark of the period to give the Tigers a 1-0 lead. Hubert scored his first goal of the evening at 9:26 of the period on an assist from Dominick Zangaro to bring the score to 2-0, Tigers.

Late in the second period, Butler’s Nicholas Whann was called for a major boarding penalty and a game misconduct, giving the Tigers an immense amount of time on the power play to start the third period.  Hubert and the Tigers cashed in for two goals that buried Butler, 4-0.  In net, Thornburgh posted his second shutout of the season by stopping all 19 shots he faced.  Butler’s Logan Rothbauer collected 32 saves on 36 shots.

North Allegheny improves to 3-1 on the season, two points in front of second place Seneca Valley.  The Golden Tornado drops to 2-1 and third place in Section 3.  The Tigers return to action next week with a home match-up against the Bethel Park Black Hawks.  The game will be broadcast live via the internet on the North Allegheny Sports Network.