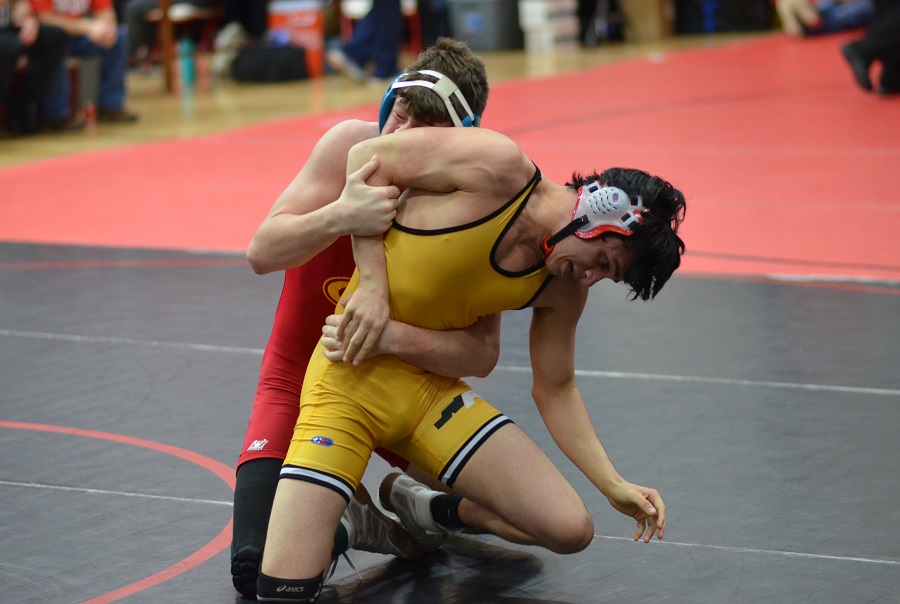 Against the Raiders, the meet began at 160 pounds where Grant MacKay earned a win by fall over Michael Adamson in just 32 seconds for a 6-0 lead. Following a win by SV at 170 pounds, North Allegheny took a 15-6 lead on the strength of a 5-0 decision by Bobby Snyder at 182 pounds and a win by fall courtesy of Nick Marcenelle at 195 pounds.

A win by fall for the Raiders at 220 pounds trimmed the NA lead to 15-12 but senior Ben Grafton responded with a pin fall of Davin Beahm at 285 to improve the advantage to 21-12. For his efforts, Grafton was named the Wright Automotive Wrestler of the Match.

Despite the nine-point lead, Seneca Valley rattled off wins in 7 of the last 8 bouts to take the section title with a 40-24 victory.

To reach the Section 3-AAA championship, North Allegheny started the night with a 57-15 triumph over the Butler Golden Tornado. The GT managed only three wins in the meet as the Tigers rolled to the victory. Eight Tigers earned wins by fall, including Ian Branstetter (152), MacKay (160), Marcenelle (195), Luke Rumpler (220), Grafton, Sam Horton (106), Dylan Coy (120) and Max Stedeford (138).

In his bout at 220, Rumpler pinned Jacob Pomykata at the 4:34 mark to earn Wright Automotive Wrestler of the Match honors.

North Allegheny sits at 6-1 on the season following the Section 3-AAA tournament. The Tigers will take part in the WPIAL Team Tournament next week.