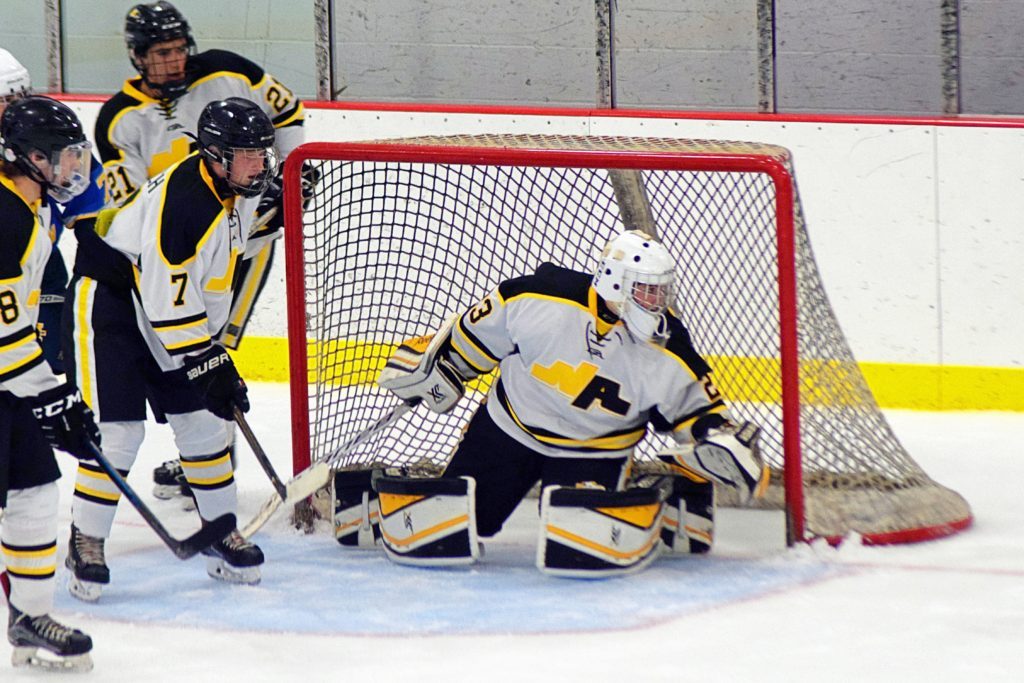 Another hot start propelled the North Allegheny ice hockey team to a 5-0 shutout over the reigning PIHL Class AAA champion Seneca Valley Raiders on Monday night at the Baierl Ice Complex. The Tigers scored three goals in the first period and outshot the Raiders, 11-5, in the opening stanza en route to the win. (Below is a short highlight reel courtesy of NA student Audra Sapp.)

Junior Collin O’Neill, assisted by juniors Tyler Lamark and Tyler Duderstadt, opened the scoring midway through the first period for a 1-0 lead. Freshman Kevin Hart added two markers in the first period, including a power play goal, to expand NA’s lead to 3-0.

Sophomore Aaron Mark tallied a goal in the second period and Duderstadt put the finishing touches on the win with a power play goal in the third to cap a 5-0 triumph. Senior Richard Karapandi got the start in net and stopped all 24 shots he faced for the shutout, his second of the season.

North Allegheny continues to sit on first place in the Class AAA standings with a 7-1 record, while Seneca Valley slips to 5-3 on the year. The Tigers will host Butler on Monday at 7:00 p.m.