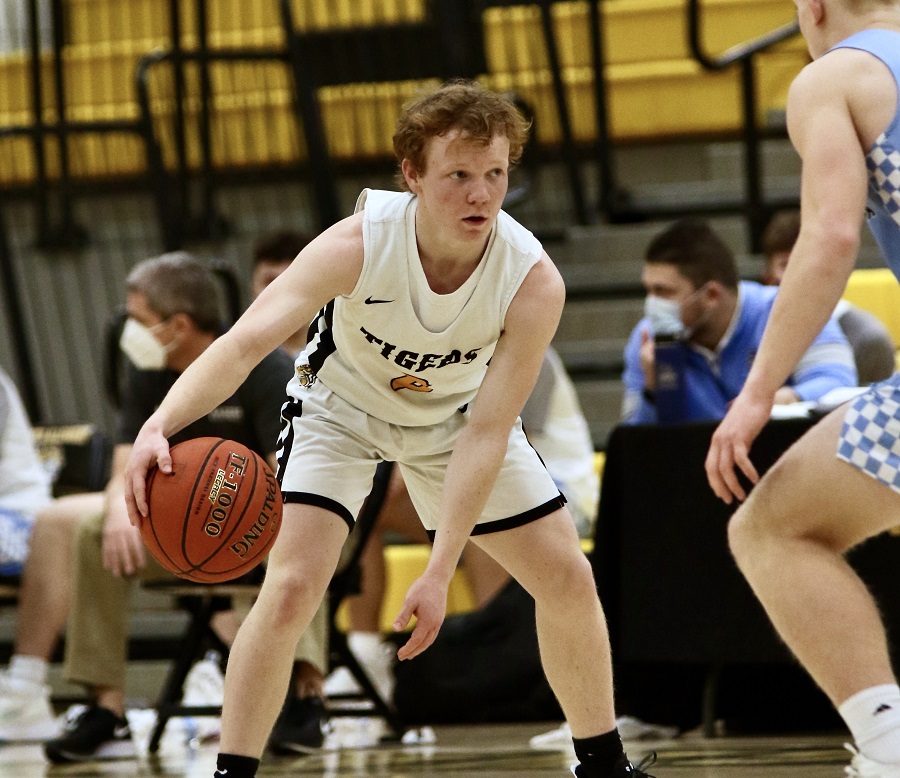 North Allegheny led by 12 heading into the fourth quarter. Seneca Valley made a push by scoring 36 points in the quarter but ultimately the Tigers held on to a 78-77 win on Friday night at the North Allegheny Gymnasium in a Section 1-6A game.

North Allegheny’s offense started hot, specifically Jack Christy who hit his first three shots of the game, all 3-pointers and the Tigers jumped out 25-12 after a quarter of play. The play was even in the second quarter with both teams trading baskets. The Tigers were able to keep their double digit lead intact heading into the locker room, 42-26. Robby Jones had a huge bounce back game scoring 14 points, all in the first half.

In the third quarter, Seneca Valley began to make their push, hitting contested shots and picking up the defensive intensity. North Allegheny was held to 11 points in the quarter but was still able to keep the Raiders at arm’s length, leading 53-41 heading into the fourth quarter.

If you are a fan of offense, the final frame was for you as the teams combined to score 61 points in eight minutes. Seneca Valley senior Cole Brooks became unconscious from behind the arc, hitting 10 three pointers in the game. His shots were answered by Christy and Matt McDonough as North Allegheny was able to keep the lead around 7 to 9 points. The Raiders made one last push late but the Tigers hit their free throws down the stretch and led 78-74 when Brooks hit a buzzer beater to give him 38 points, but the Tigers earned the win, 78-77.

Christy was named the Wright Automotive Player of the Game with 22 points and six 3-pointers. McDonough added 17 points and Khalil Dinkins chipped in 14 points.