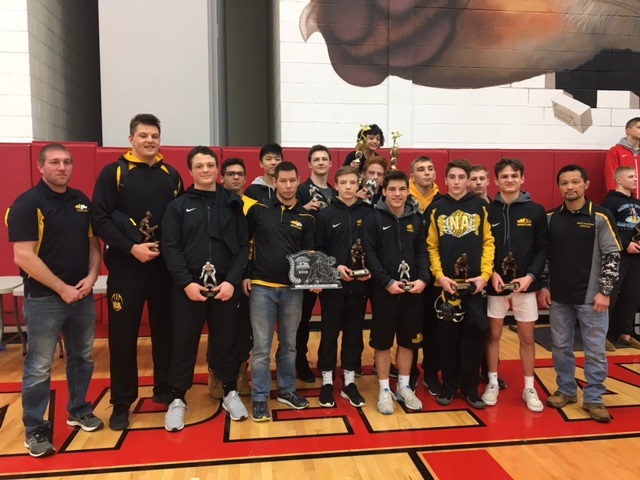 Ahead of the WPIAL Section 3-AAA Team Tournament this week, the North Allegheny wrestling team prepared for the postseason with a first-place finish at the Allegheny Country Invitational this weekend. The Tigers posted a team score of 207.5 and had nine medalists. It’s the second consecutive year the Tigers have won the Allegheny County team title.

Jon Hoover garnered bronze at 160 pounds with a win by fall over Luke Montgomery of Bethel Park. Also capturing bronze was Ben Grafton at 220 pounds with a 2-1 decision over Miguel Jackson of Pine Richland.

Nick Marcenelle reached the third-place bout at 145 pounds before falling to Jackson Gray of Mt. Lebanon by a 7-2 decision.

Gabe Falo earned fifth place at 132 pounds with a win by fall over Montour’s Nick Reconnu at 4:34. Jacob Smalley took sixth place at 170 pounds. For a complete look at the brackets from the Allegheny County Tournament, click here.

North Allegheny will take on Seneca Valley in the Section 3 Team Tournament on Wednesday night at 6:00 p.m. The North Allegheny Sports Network will have live coverage of the semifinals and championship/consolation rounds of the team tournament.