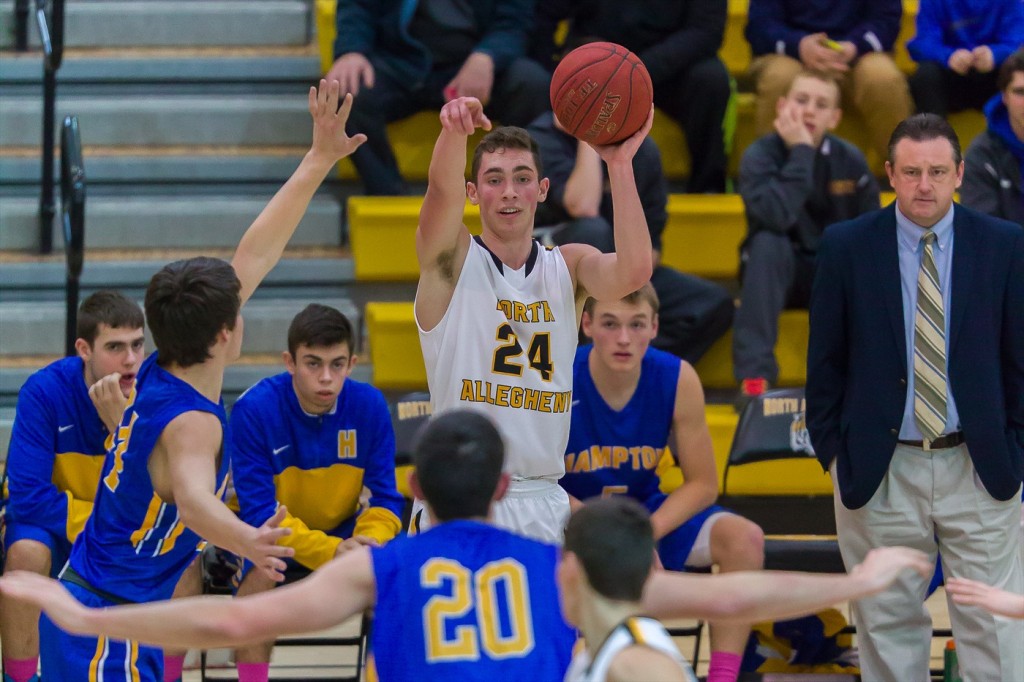 The WPIAL basketball playoff pairings were released on Tuesday night and the North Allegheny boys’ basketball team received the top seed in the Class AAAA bracket and the Lady Tigers was granted the No. 2 seed by the parings committee.

The NA boys will take on the 16th-seeded Penn-Trafford Warriors on Saturday afternoon at North Hills High School. The Warriors were the fourth-place finisher out of Section 1 with a 4-8 record.  Penn-Trafford is the only team in the Quad-A bracket with an overall losing record, sitting at 8-14 on the season.

The NA girls will face the same first round opponent as a year ago, the Latrobe Wildcats, on Tuesday night at a site and time to be determined. Last season, NA disposed of the Wildcats with a thorough 77-34 defeat. This year’s version of the Wildcats finished in fourth place in Section 1 with a 6-6 record and an overall mark of 9-13.  Latrobe is the only girls’ team in the Quad-A bracket with an overall losing mark.