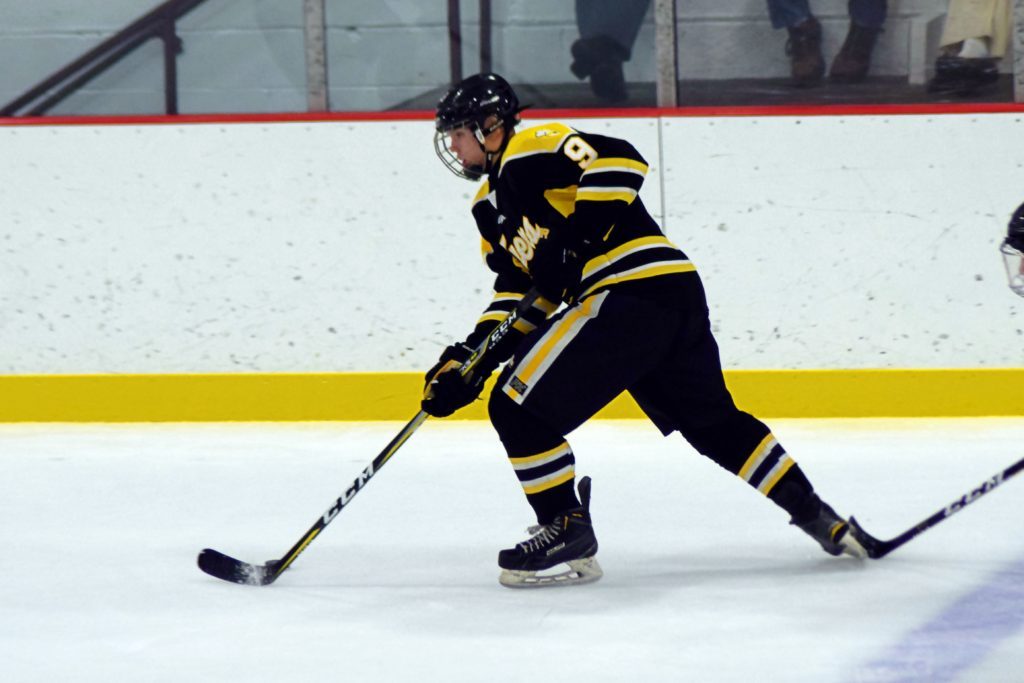 North Allegheny allowed two goals in a 59 second span in the second period, ultimately falling to Bethel Park 3-1 in PIHL action at the Spencer Family YMCA in Bethel Park.

The second period started slow as well with five icings in the first three minutes. Play picked up after that with both teams getting very physical. Aaron Miller and Tyler Duderstadt each had scoring chances but couldn’t finish. Each team once again had a power play chance but wasn’t able to finish and after two periods of play Bethel Park led 1-0.

The third period started very strong for the Tigers. They dominated from the start and drew a penalty 40 seconds in. It looked like North Allegheny would finally break through on the power play when Haden Shimko had a clean shot from 15 feet out but hit the post. Bethel Park was then able to get two shorthanded in 59 seconds, both by JC Bele and just like that Bethel Park turned it into a 3-0 game. North Allegheny picked up a goal with 6:54 left in the game with Will Parreaguirre scored off a great feed from Tyler Lamark on the power play making the game 3-1. The Tigers had plenty of scoring chances late after pulling goaltender Richard Karapandi but wasn’t able to score again ultimately losing 3-1.

Karapandi made 23 saves on 26 shots and Parreaguirre was the Wright Automotive Player of the Game with the lone goal.

The Tigers fall to 10-4-0 and will be back in action on Monday at home against Canon McMillan at 9 p.m. at the Baierl Ice Complex.