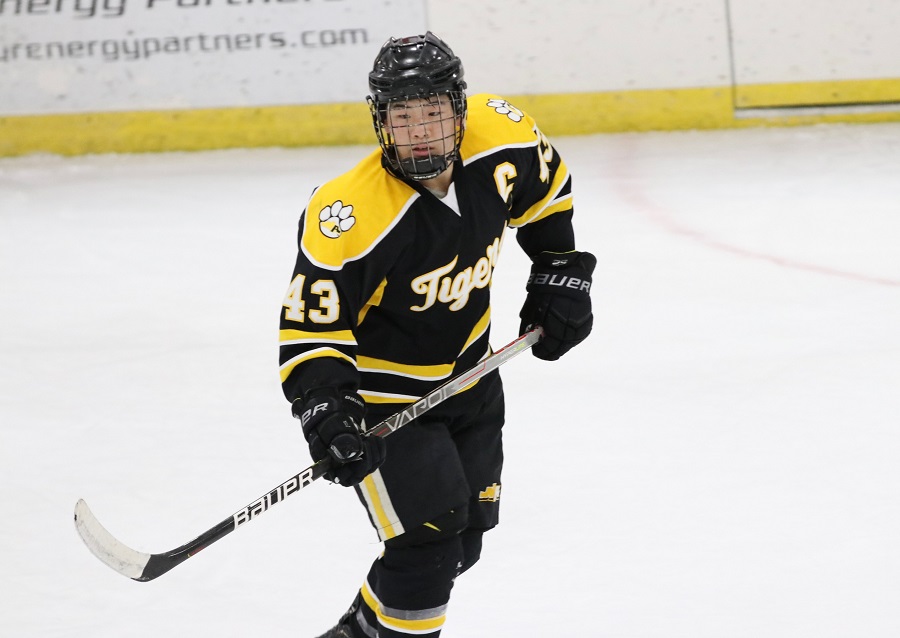 The Johnson scholarship was created in 1992 and is presented annually to a western Pennsylvania high school senior for academic excellence, community service and for providing leadership, sportsmanship and a positive attitude as a member of their school’s hockey program.  Students must have a minimum grade point average of 3.2 to qualify for the scholarship.

Chi played center for the North Allegheny varsity ice hockey team and served as a team captain during the 2020-21 and 2021-22 seasons.  During his senior year, he led the Tigers and the entire PIHL in points with 38 (16 goals & 22 assists).  His junior year, he helped lead his team to a Penguins Cup Championship.  He also played with the Artic Foxes Hockey Association, a youth ice hockey organization dedicated to the development and promotion of the sport in our region.

He was also a member of his North Allegheny’s PIAA and WPIAL championship volleyball team as a junior in 2021.

Chi also excelled academically as a member of the National Honor Society at North Allegheny High School and was a 4-year member of the school band.

Active in his community, Chi volunteered his time with children at North Way Christian Community.  He also served as an assistant skating instructor at RMU and the UPMC Lemieux Sports Complex.

He is the son of David and Cathy Chi of Pittsburgh, PA.  He will attend the University of Michigan this fall to pursue a degree in sports management.