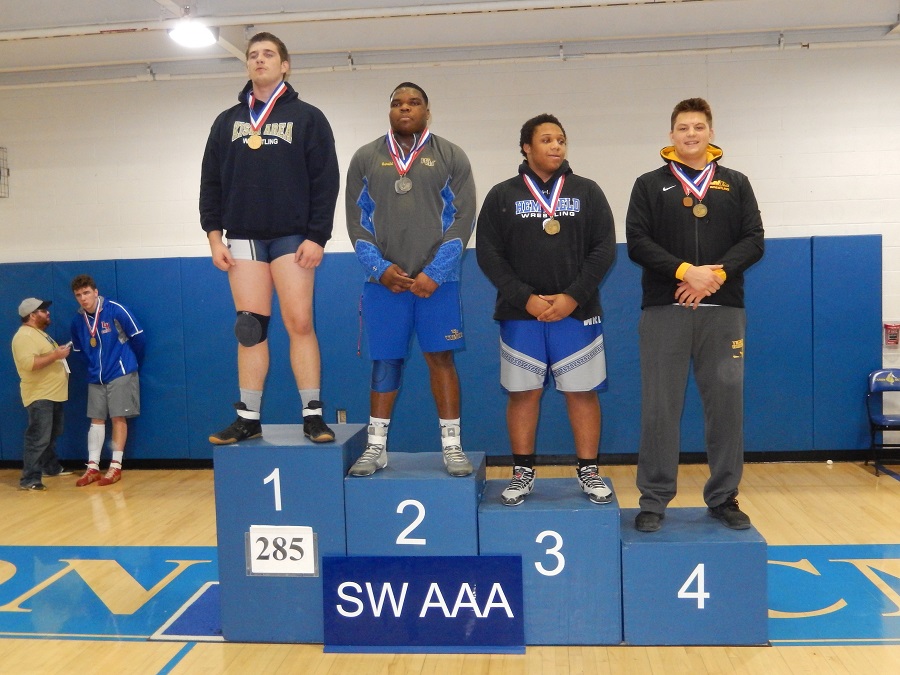 Devine started the day in the winner’s bracket but dropped a 9-1 decision to West Mifflin’s Gerald Brown in the semifinal bout. In the consolation bracket, Devine bounced back with a 4-2 win over Nathan Hoagland of Mt. Lebanon to reach the third-place bout. In the third-place bout, Devine put forth a valiant effort before dropping a narrow 1-0 decision to Isaiah Vance of Hempfield.

Sophomore Freddy Junko put together a nice run in the consolation bracket at 113 pounds, picking up wins over Garrett Thompson of Franklin Regional and Kellen Lynch of Thomas Jefferson before eventually falling the fourth round of the consolations with a narrow 1-0 defeat to Jordan Watters of West Allegheny.

Similar to Junko, junior Jon Hoover strung together a pair of wins in the consolation bracket with a win by fall over Dylan McAnulty of Indiana and a 5-2 decision over Jake Richardson of Mars prior to a 1-0 loss to Nick Delp of Kiski Area.

Senior Gabe Falo also reached day two of the WPIAL individual tournament. He fell to Zachary Macy of Chartiers Valley in the second round consolations at 132 pounds. For a look at North Allegheny’s results in day two of the tournament, see below.