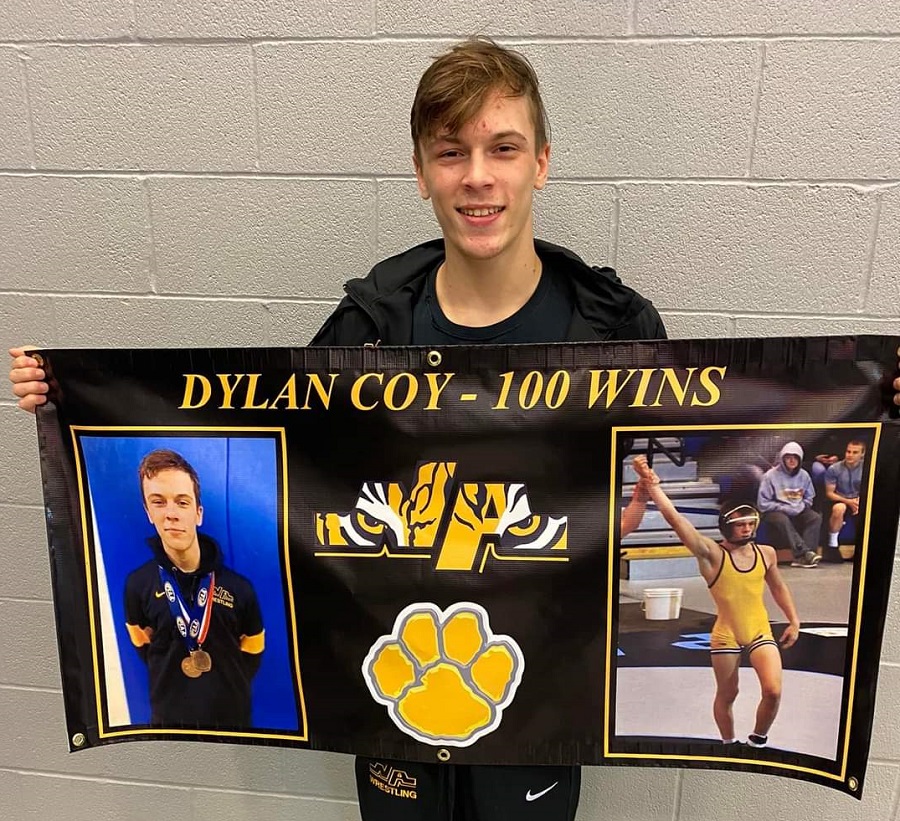 Senior Dylan Coy earned his 100th career win and took first place at 126 pounds at the Panther Holiday Classic on Saturday at Mount Aloysius College. It was Coy’s third individual title at the Panther Holiday Classic. He was one of six Tigers who medaled at the two-day tournament, including Casey Walker (106), Nathan Monteparte (132), Jayson Flener (138), Travis Stipetich (152) and Aiden Buggey (215). As a team, North Allegheny claimed a third-place finish at the tournament.

Coy’s big weekend was not the only highlight for North Allegheny. At 132 pounds, Monteparte won bronze with a win by fall at 3:34 over Owen Woods of Tunkhannock.

Walker and Stipetich took fourth place at 106 and 152 pounds, respectively. Buggey earned a sixth-place medal at 215 pounds and Flener won his seventh-place bout at 138 pounds with a 7-0 decision over Hunter Cornell of Berlin Brothers Valley.

For a full look at brackets and results from the Panther Holiday Classic, click here.

Up next, the North Allegheny girls’ wrestling team is in action on Sunday at the Queen of the Mountain Tournament at Central Mountain High School at 9:00 a.m.