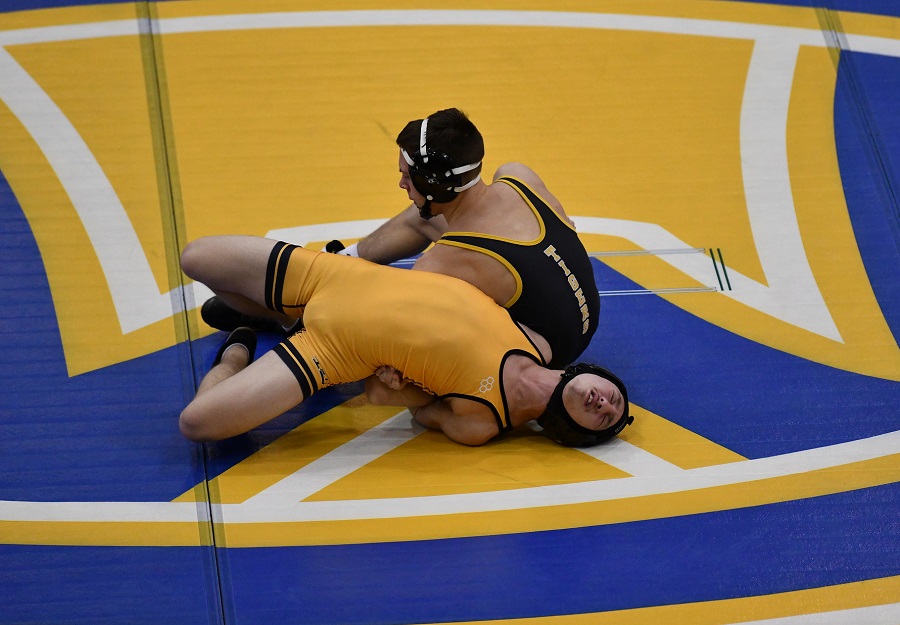 I am extremely happy to announce I have verbally committed to the university of Wisconsin for wrestling and to study computer science. Being a badger gives me the best opportunity to succeed both as an athlete and as a student. #JumpAround pic.twitter.com/jHUDBCw7xY

As a junior last season, Coy was the WPIAL champion at 120 pounds and finished the campaign with a 26-3 record. Over the summer, Coy was one of seven Tigers who competed for Team Pennsylvania at the 2021 U.S. Marine Corps Men’s Junior and U16 Nationals in Fargo, North Dakota.

Well on his way to joining the 100-win club at North Allegheny, Coy has posted a career record of 90-16 over the past three seasons. Coy also won WPIAL bronze as a sophomore at 120 pounds.

At Wisconsin, Coy will join a preeminent wrestling program in the Big 10 Conference and is currently ranked in the Top 25.

Coy and the North Allegheny wrestling team will open the 2021-2022 season at the Rick Link Invitational on Saturday, Dec. 11.