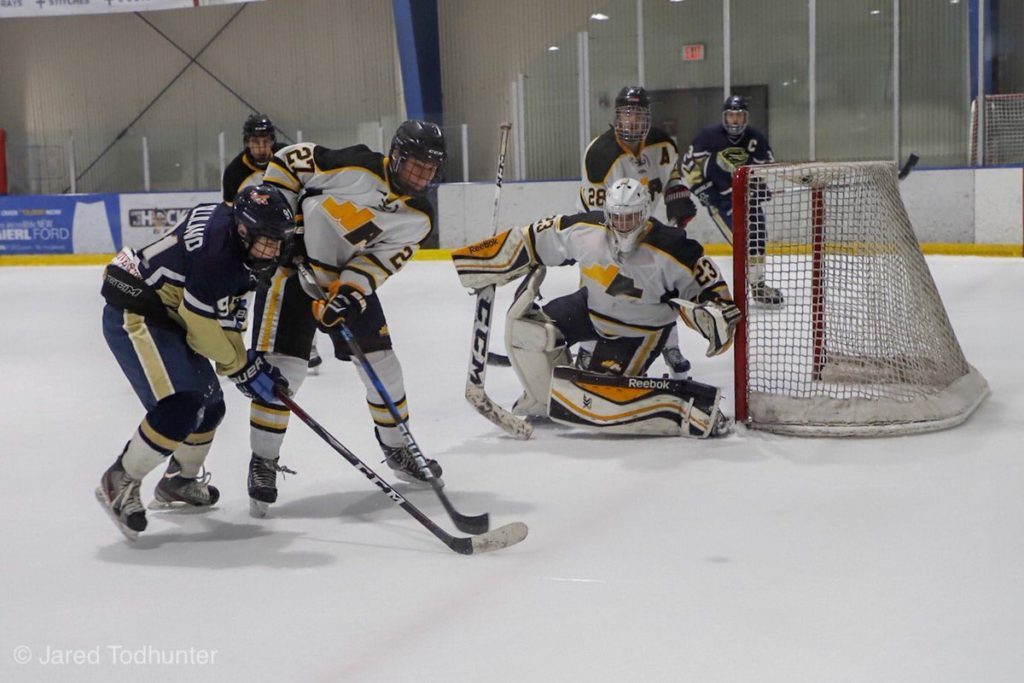 Miller scored the first two goals of night as the Tigers buried the Big Macs with an avalanche of first-period goals.  Senior Vincenzo Mazur added a goal, assisted by Christopher Hanlon and Kevin Hart, to close out the first period with a 3-0 lead.

It appeared Canon-McMillan might make it a game on back-to-back goals in the second period from Dakota Albarano and Daniel Garver to trim the NA lead to 3-2. However, Miller scored his third goal at the 9:05 mark of the second period and Tyler Putnam closed out the scoring in the third to hand the Tigers a 5-2 victory.

Senior Richard Karapandi earned the win in net with 23 saves. Canon-McMillan goalie Mario Eafrati was peppered with 38 shots and made 33 saves in a losing effort.

North Allegheny snapped a mini two-game losing streak with the win, improving to 11-4 on the season. Canon-McMillan dips to 3-9 on the year. The Tigers visit Central Catholic on Tuesday, January 29 at 7:00 p.m.