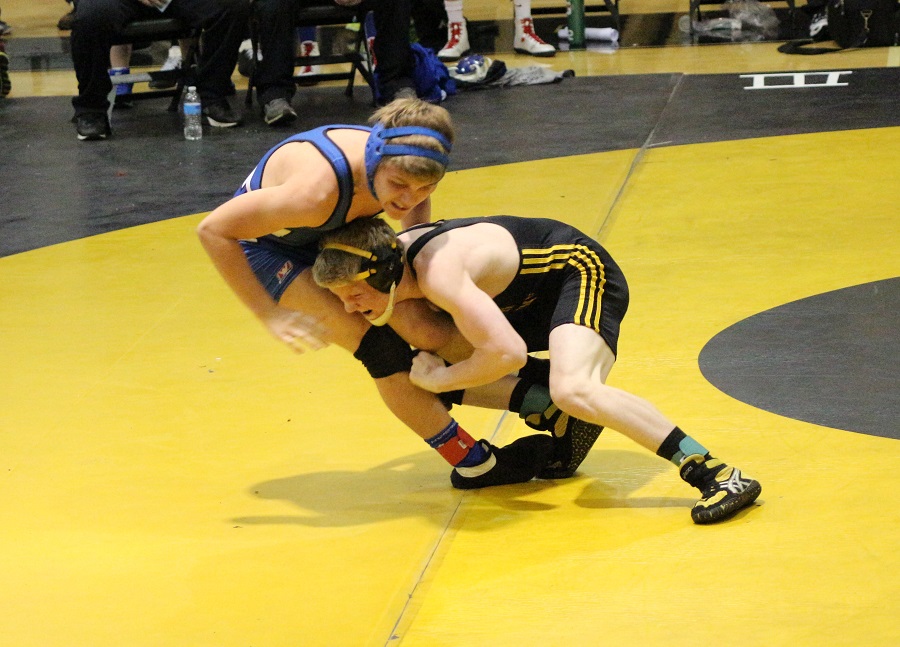 Landefeld pinned Seneca Valley’s Alex Lynch at 1:57 to claim gold at 126. Hinkson earned a 7-2 decision over Scott Dietrich in the title bout at 138 pounds. Hoover defeated Noah Wright of Mars by a 3-1 decision at 160 pounds. At 182, Woodley picked up a 10-1 major decision over Mike Mahon of Fox Chapel. Rounding out North Allegheny’s champions on the day, Duggan top Zach Carcy of Fox Chapel by a 6-0 decision.

Other top finishers for the Tigers included A.J. Boeh who won silver at 138 pounds, while Jacob Downing (106), Jacob Fritsch (170) and Chuck Sanders (285) all won bronze. Zach Stedeford (132) and Jon Hoover (152) were fourth place medalists in their respective weight classes. Derek Devine pinned Jim Clark of Shaler at 220 pounds for a fifth place medal.  The top five wrestlers in each bracket qualify for the WPIAL championships next week. For a look at the Section 3-AAA brackets, click here.

The WPIAL individual wrestling tournament will be held at Penn Hills High School on Friday and Saturday.