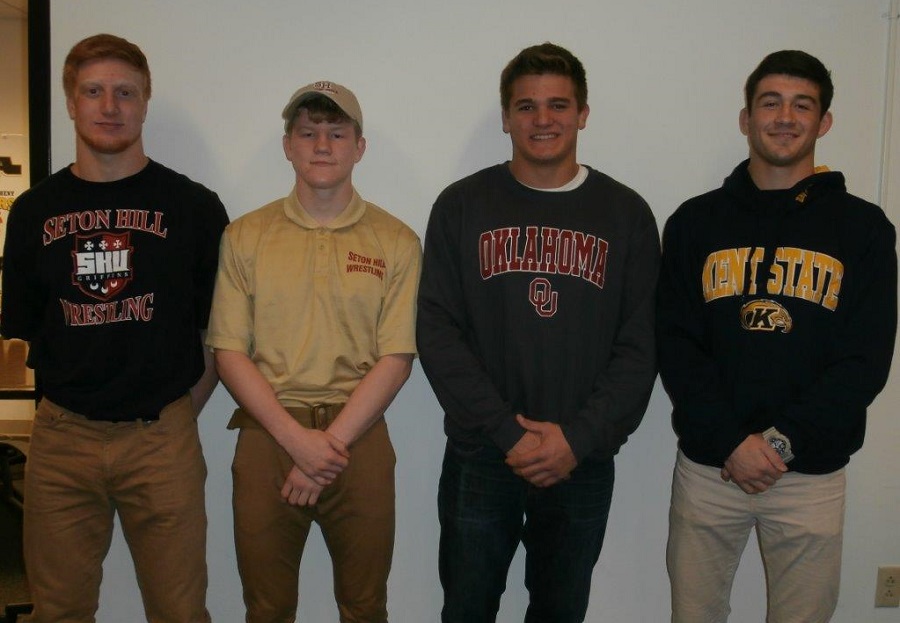 Hinkson posted a record 39-12 last season at 138 pounds and reached the PIAA tournament for the second consecutive year with a fourth place finish at the WPIAL Individual Tournament. Woodley made a grand appearance at the state championships in Hershey by capturing PIAA gold at 182 pounds to cap a 41-3 season. Woodley also won the WPIAL championship with a victory over Belle Vernon’s Milton Kobaly, the same man he defeated for the state title.

Landefeld claimed bronze at the WPIAL championships last season with a 3-1 decision over Cole Rush of Waynesburg in the third place consolation bout. Landefeld, who finished with a 17-4 record last season, has reached the PIAA tournament twice during his North Allegheny career and is hoping for a third trip to Hershey this season. Hoover posted an 11-3 record during the 2015-16 season and earned a Section 3-AAA individual championship along the way.

All four senior grapplers will play large roles for the NA wrestling team this season, which begins this weekend with the Eastern Area Individual Wrestling Tournament.