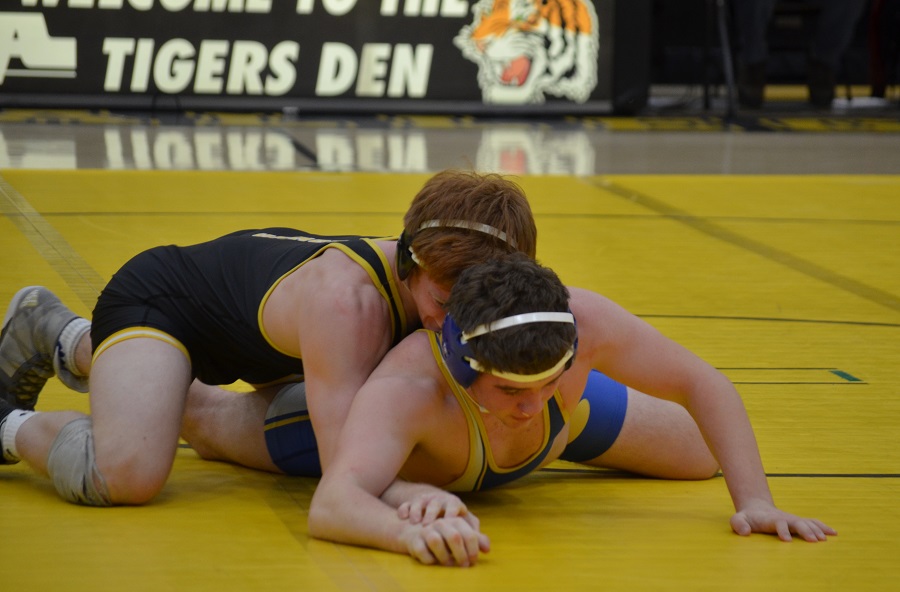 The sterling high school career of North Allegheny senior Jon Hoover came to a conclusion on Friday in Hershey, PA. Competing at the PIAA Class AAA individual wrestling tournament, Hoover surpassed the 40-win plateau on the season with a pair of victories at the Giant Center.

The Virginia Military Institute commit opened the tournament on Thursday with an 8-3 loss to James Lledo of Lower Merion but rebounded for back-to-back wins in the consolation bracket.

Hoover collected a win by forfeit over Chase Smith of Spring Ford to end the day on Thursday and began Friday’s session with a tough 3-1 decision over Ricky McCutchen of Owen J. Roberts High School in the second round of the consolations. Hoover’s run at the state tournament ended with a 5-2 defeat to Angel Garcia of Mariana Bracetti High School in the consolation third round.

Hoover ends his senior season with a 41-4 record and wraps up his North Allegheny high school career with 115 victories.