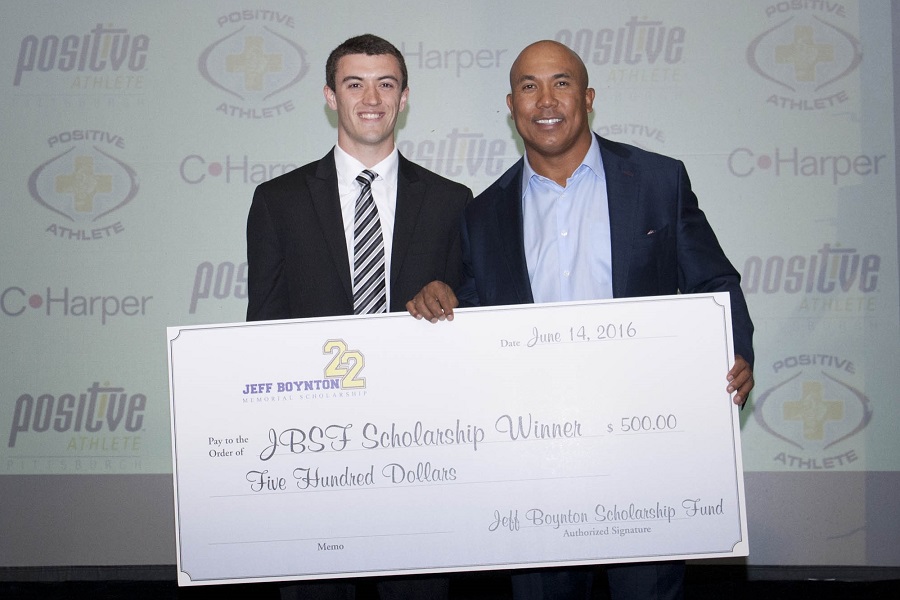 North Allegheny senior Keegan Phillips was recently honored by the Hines Ward Positive Athlete Pittsburgh organization as the 2015-16 Most Positive Boys Basketball Athlete in Western Pennsylvania. Keegan was chosen from a pool of 1,000 nominees from over 150 high schools and was recognized at the Heinz History Center on June 14 as part of the C. Harper Positive High School Athlete Awards Ceremony. Keegan also received the Professional Athletes Foundation Student Scholarship from the Pittsburgh Chapter of the National Football League Players Association.

In his senior year on the hardwood, Phillips was the Tigers second-leading scorer by averaging 13.3 points per game. NA’s top outside sharp-shooter, Phillips paced the Tigers by knocking down a team-best 43-percent (106 of 244) of his shots from beyond the arc.

A two-sport athlete, Phillips was equally as effective on the diamond and led the NA baseball team with a .369 batting average. Phillips was tops on the team in scoring with a team-high 14 runs scored.

This fall, Phillips will continue his academic and athletic career at Allegheny College where he has committed to play both baseball and basketball. A member of the National Honor Society, Phillips has been awarded Allegheny’s top merit scholarship in recognition of his outstanding academic achievements.