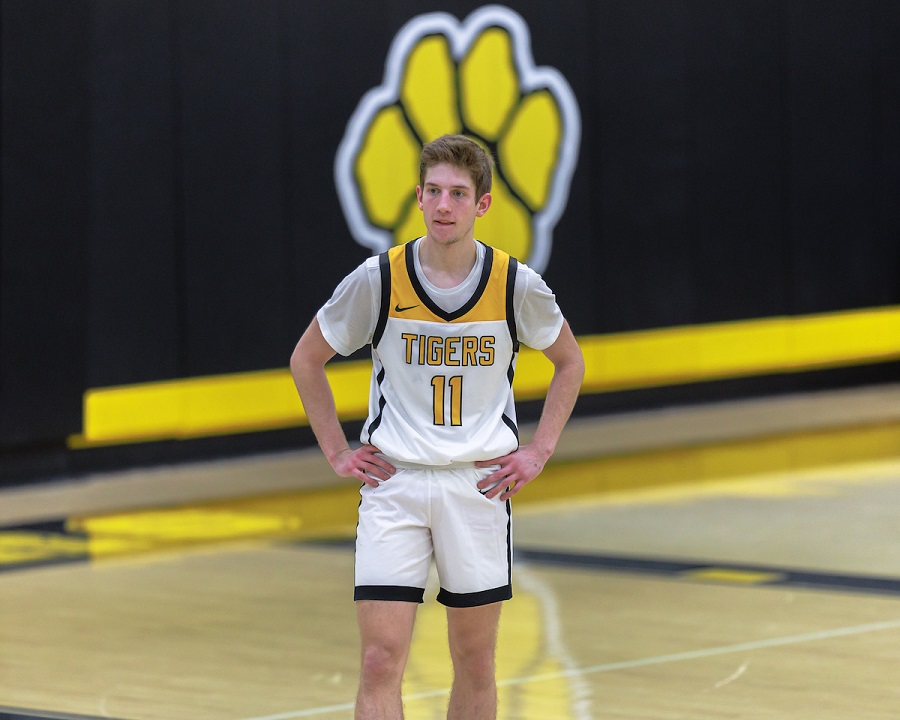 Senior Matt McDonough scored his 1,000th career point and propelled North Allegheny to a 69-48 non-section win over the Erie Royals on Thursday night. McDonough netted 30 points on the evening, including six 3-pointers, and was named the Wright Automotive Player of the Game. Winners of six in a row to open the season, North Allegheny is off to its best start since the 2014-15 campaign when the Tigers began the year with a 13-0 record.

The first half was a defensive struggle between North Allegheny and Erie as neither team could assert an offensive rhythm. The Tigers defense protected the paint with four blocked shots, with two from senior Erik Sundgren and one each courtesy of senior Kolin Dinkins and sophomore Ty Iwanonkiw. Dinkins produced six points in the first half to help the Tigers hold a 14-4 lead late in the first quarter.

However, the Royals inched their way back in the second quarter with a 7-2 run, trimming the score to 16-11, Tigers. After being limited to just two points in the first quarter, McDonough started to find his groove with seven points in the second period and helped NA stretch the lead to 25-16 at intermission.

At the outset of the third quarter, North Allegheny’s momentum and lead grew quickly thanks to the hot hand of McDonough. Back-to-back treys by McDonough started the third stanza and senior Robby Jones added another 3-pointer to spark a 12-2 run. From that point, the Tigers didn’t look back en route to a blowout victory, 69-48.

Late in the fourth quarter, McDonough scored his 30th point on a layup, which placed him at exactly 1,000 points for his career. Joining McDonough in double figures was Iwanonkiw with 12 points and Jones with 10.

Erie was paced by juniors Jay Smith and Sergio Elverton, who each scored 10 points on the night.

North Allegheny improves to 6-0 overall on the season, while Erie slips to 3-3. The Tigers will host Imani Christian at the Holiday Bash on Monday night at 7:30 p.m. The game will be broadcast live by the North Allegheny Sports Network.